Chester Elwood (Chet) Kennedy – 32nd Colonel of the 11th Armored Cavalry Regiment. Chet passed away 10 March 2014. He was born 19 July 1915, to Charles Francis Kennedy and Evangeline May Palmer Kennedy in Royal Oak, Michigan. He graduated from Michigan State College with honors in 1941 and was commission as a second lieutenant in the US Cavalry. He took part in the U.S. Army’s conversion from horse cavalry to armor in advance of America’s entry into World War II.
Kennedy sailed for Europe with the Sixth Armored Division in 1944 and landed at Utah Beach on July 18. As a major commanding the 69th Tank Battalion, he participated in the relief of Bastogne during the Battle of the Bulge. He emerged from the war with the rank of lieutenant colonel, having been awarded a Purple Heart, the Legion of Merit, the Belgian and the French Croix de Guerre, and a Bronze and a Silver Star, both with oak-leaf clusters. He remained in the service after the war, obtained an MBA at Stanford, and was posted from the Inspector General’s Office at the Pentagon to the Command and General Staff College at Fort Leavenworth, to comptroller duties in Alaska, to Fort Leavenworth again as an instructor, to the Army War College at Carlisle Barracks, Pennsylvania, to the Budget Office at the Pentagon, and to USAREUR headquarters in Heidelberg, Germany. He commanded the 11th Armored Cavalry Regiment on the Czech border in southern Germany in the midst of the Cold War.
After a 26-year Army career, Kennedy joined American Bank and Trust in Lansing, Michigan, as a trust officer. He remained with them until retiring in 1980.
He is survived by a daughter, a son, three grandchildren, and two great-grandchildren. Alicia Lavers Kennedy predeceased him in 2013.

Gilbert L. "Gilly" LaGosh. Gilly passed away on Sunday, 9 March, 2014. Loving husband of Chris (Gonzalez). Proud father of Toni-Marie, Gina, and lil Gil. Loving son of Beatrice. Proud Papa to Lilliana, Desirae, Kayden, Dakota-James, and Jerimya. Co-founder of the Wisconsin Vietnam Vets Chapter One and founder of the VOA motorcycle club. He was a former member of the Outlaws Motorcycle Club. Gil was a Vietnam veteran who served under George S. Patton Jr. and a member of the Blackhorse Association. Allons Gilly ride free
From his friend Keith 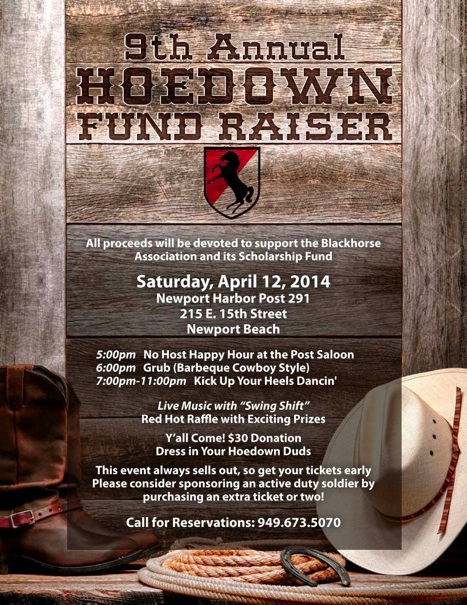 From Volker Bausch: The English language version of the Point Alpha book is being printed now. We’re selling it here in the memorial and online in the museum shop. I’m going to present our Memorial and of course your history in a series of speeches in the States this spring. Locations will be Denver, Phoenix, San Diego, San Francisco and Madison.
What is of great importance for our work: I have received several very interesting documents and photos about the history of OP Alpha by former troopers via Facebook. I would like to invite all your members to forward any kind of document, photo or possible exhibit to us for our archive, the use in our exhibition in Barracks B or the planned booklet "At Freedom’s Frontier". We’re going to overhaul the exhibition next year. You can use my e-mail address as a reference.
Volker Bausch
Direktor
Point Alpha Stiftung
Geschäftsführer Point Alpha Akademie
Schlossplatz 4
36419 Geisa, Germany
Tel.:036967/596421
Mobil:0172/7346632
E-Mail:volker.bausch@nullpointalpha.com
www.pointalpha.com
Below is the cover of the book on Point Alpha. The Association is working to get this book available soon at the Blackhorse Association Store. 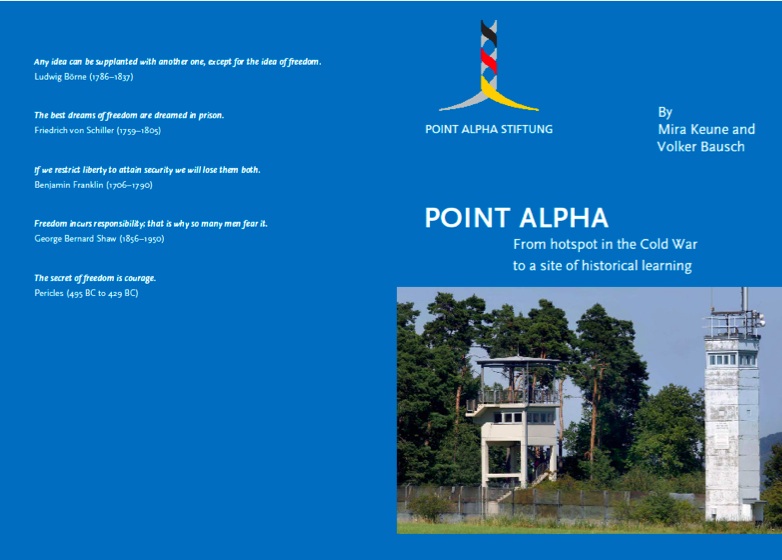 On 26 March the Point Alpha Foundation opened its newest display at the House on the Border. The new exhibition opened after 5 months of construction. It contains a lot of new and fascinating information, to include an interactive map of the possible Warsaw Pact military actions in 1983 produced by a former East German army Colonel who worked on these plans. Below are some photographs of the new displays. 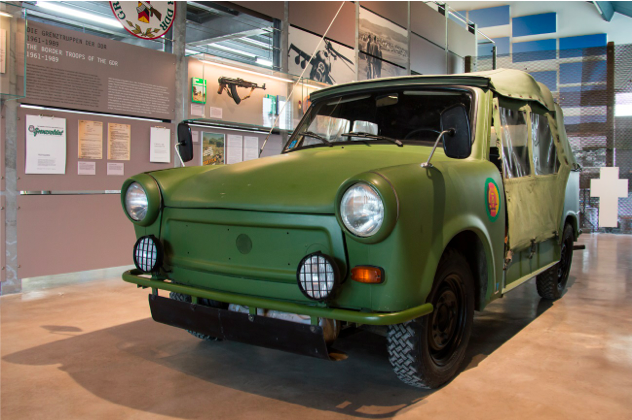 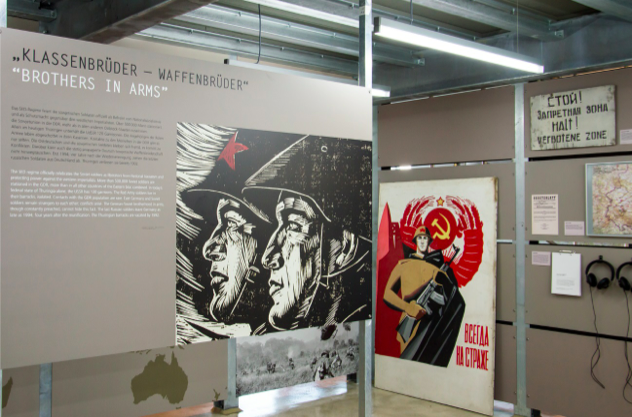 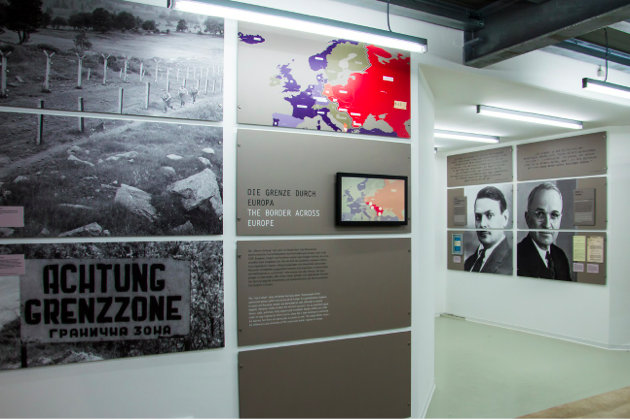 A while back some vandals desecrated the monument erected in Bad Hersfeld commemorate the service of the 3rd Squadrons of both the 14th and 11th Armored Cavalry Regiments in that town. The cost of repairs was beyond the capacity of the Association to cover.
Those of you that served in Bad Hersfeld know that the city was hugely supportive and friendly to the Americans that served there. And once again they have proved this, this time be agreeing to pay for the restoration of the monument. Just one example, the local Sparkasse has provided 4,800 Euro to city of Bad Hersfeld for repair. The monument stone has been removedand is at the stone mason’s facility.

The Association will continue to monitor this restoration and sends a big Blackhorse! Thank you to the citizens, government, and business of Bad Hersfeld for their continued support. Kudos also go out to Gaby Hasper, longtime S-5 of the Squadron, Steve Lungstrum, and Hans Duerr, who have worked tirelessly to make this project come to fruition.

We have added our annual golf tournament to the reunion plans. It will take place at the Fort Carson Golf Course on Thursday morning, the 12th of June, with tee times beginning at 0800.

Cost will be $31, including greens fees, cart, range balls and prize fee. The course has rental clubs and shoes if needed. It is important that you let Charley Watkins know as soon as possible that you plan to play – his telephone numbers are:
Home: 719-576-0559
Cell: 970-620-0402

__________________________________________
Combat Finance – a new book by Kurt Neddenriep
Combat Finance is a very different book about managing money – it is applicable to people of all walks of life, but it is very much written for soldiers and about soldiers, by a former Blackhorse soldier. Kurt Neddedriep recently retired from service in the Nevada National Guard where his last position was as commander of the 1st Squadron, 221st Cavalry, since 1996 the round out unit for the Blackhorse Regiment at Fort Irwin. He enlisted in 1990, received his commission in 1994, and rose through all the ranks to commander while serving in the 1/221. He was the XO of the Squadron when they served in Afghanistan in 2009-2010. His civilian profession for all those years was as an investment advisor for a major firm. Kurt has combined his expertise in money matters with his love for the Army and, especially the Blackhorse, in this book – there are several references in the book to specific Blackhorse memories. Kurt has pledged a portion of the proceeds from this book to the Allons/Scholarship Fund.
opens in a new windowClick here – for details about the bookopens PDF file
opens in a new windowClick here – for Kurt’s military biographyopens PDF file

Some Photos of the Recent Regimental Event in Las Vegas 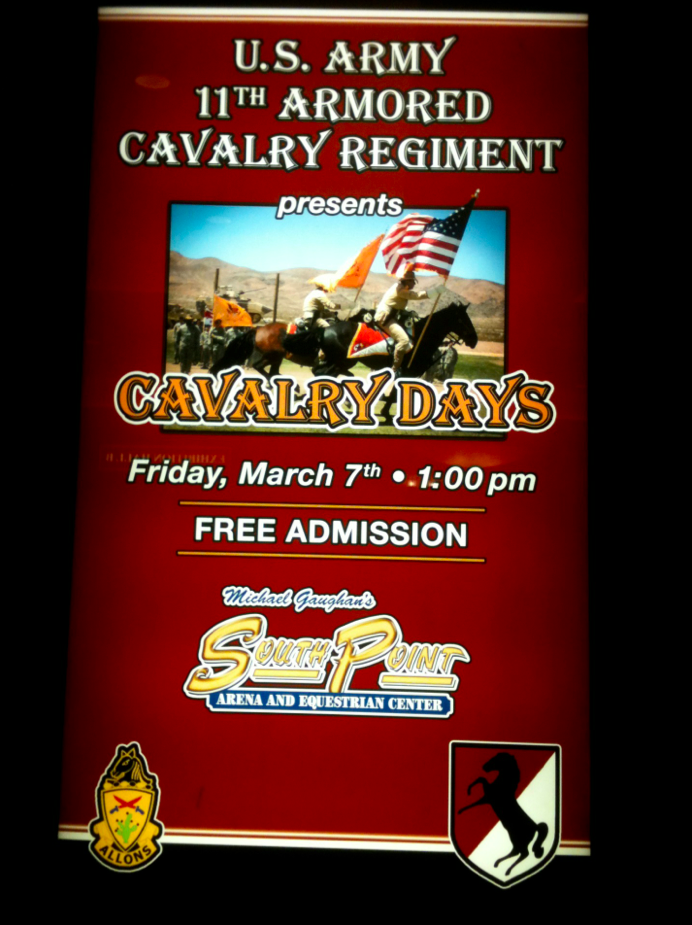 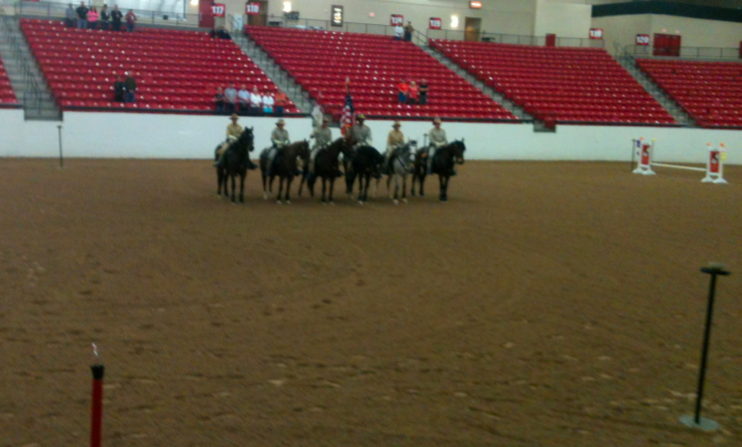 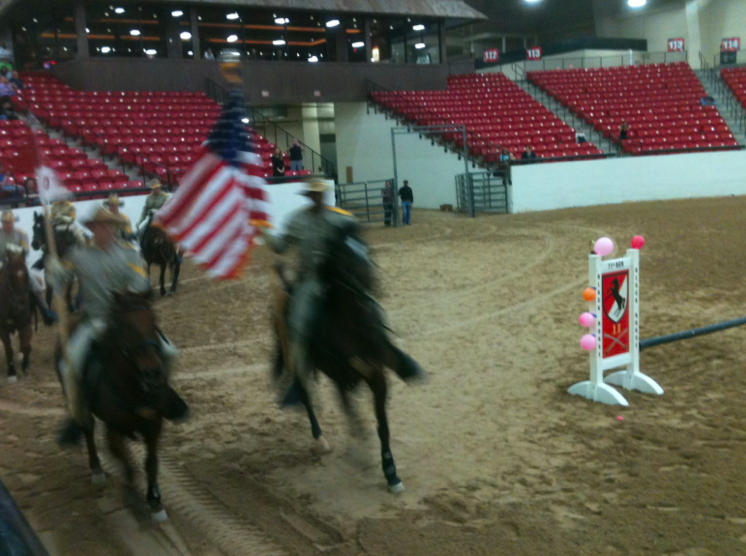 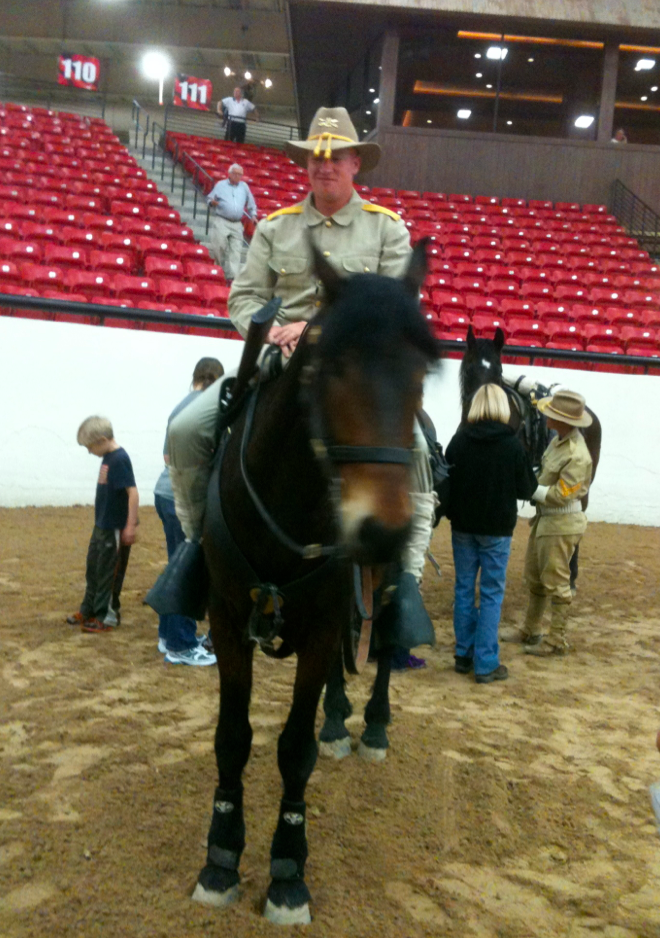 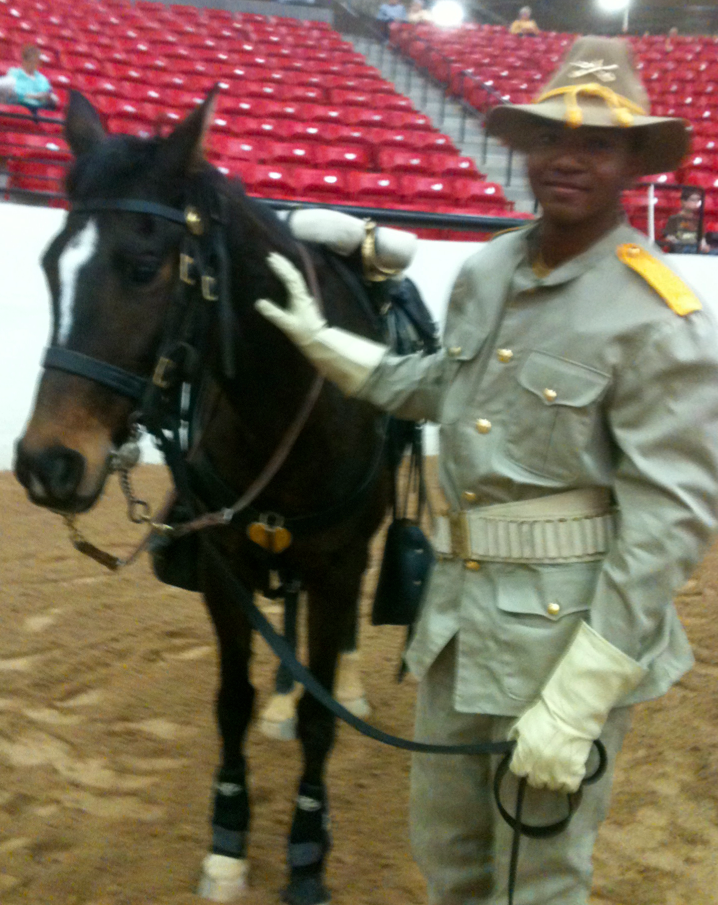 Return to Germany in April of 2015
This is an advance announcement of an event we are in the early planning stages for next spring. The "Last Patrol" of the Regiment along the former East/West German border was conducted in March of 1990. The 25th Anniversary of that event will take place next April (either the 17th or the 24th are being considered at this point). The current leadership at the museum at the former Observation Point Alpha will have the lead, and the American Embassy and USAREUR will be involved. Volker Bausch, the Director of the Point Alpha Siftung, has invited the Blackhorse Association to participate, and we have accepted his kind invitation.
Dave Cowan, veteran of both Bad Hersfeld and Fulda, will have the planning lead for the Association as the "Border Legion" returns to Europe one more time. Early thinking is that we will attend the main ceremony at the Point Alpha Museum and spend some time at the two museums along the former border, while having squadron-level functions in Bad Hersfeld and Fulda and perhaps a Regimental-level function over the course of a couple of days. We will announce the exact date as soon as the European leaders decide. This event will not replace the Association family reunion to be held in the states in the early summer of next year.

An Appeal for Assistance and Your Chance to Contribute to History
My name is MSG Dante L Reese and I am stationed at the Maneuver Center of Excellence on Fort Benning, GA. I am writing to solicit the donation or lending of items relating to the U.S. Cavalry or Armor branch history. These items may include, but are not limited to: personal letters/documents, > pictures/prints/paintings, gear, and complete uniforms/medals. These items will be placed on display in the Benning Conference Center as a part of the U.S. Army Armor School’s wing of the building, which is scheduled to opened for display May 5, 2014. This location will serve as an event center, social gathering spot, and a great source of pride for all Armor and Cavalry Troopers. It is our intent to create a first-rate exhibit that includes an impressive panoply of our branch history; any assistance you can provide us toward this end would be greatly appreciated. We will ensure proper credit is offered to any person or organization that is willing to contribute materially. Thank you in advance for your consideration.
Regards,
Dante L Reese
MSG, USA
HHT 2-16 OPS
(O) 706.626.8331
(C) 706.575.7035
__________________________________________
Reunion Attendees

Attendees are encouraged to make plans early. For reservations, please visit opens in a new windowhttps://www.reseze.net/cassets/mkt/mcmelegante/landing_pages/MCM_Colorado_Blackhorse_Association.html or call (800) 981-4012 (reservations). You can phone their Front Desk directly at (719) 576-5900 (be sure to give them our Group ID number – 693108 – and say you are attending the Blackhorse reunion).

For additional lodging options, go to opens in a new window http://www.expedia.com/Colorado-Springs-Hotels.d602991.Travel-Guide-Hotels.