Clair P. "Sarge" Yeager, 84, of Olive Hill, Kentucky, died April 10, 2013, at Meadow View Nursing Center, Berlin, Kentucky. He was born March 5, 1929, in South Fork, Kentucky. Clair was a graduate of Adams High School. He retired from the Army as Sergeant First Class, served in the Korean War, earned a Purple Heart in the Vietnam War, and served on active duty in support of Operation Desert Shield/Desert Storm. He served in 1st Platoon (hardcore platoon), E Troop, 11th ACR in 1968-1969. Among his decorations were the Army Commendation Medal, four Bronze Stars, and several unit citations. He was a member of American Legion Post 138, Olive Hill, Kentucky and VFW Post 3705, Grayson, Kentucky.

The Passing of a Great Friend of the Regiment: Hartmut H. Boehmer, Buergermeister of Bad Hersfeld, 1978-1994

The following tribute to Buergermeister Boehmer was written by Col (ret.) Dave Cowan. Dave was S-3 and XO of 3/11 ACR 1983-1985. He is married to a wonderful lady from Bad Hersfeld and still has strong ties to the city which was home to 3rd Squadron for several decades.
American Soldiers stationed in Bad Hersfeld between 1978 and 1994 have fond memories of their time there, thanks in large part to the warm welcome and respect of the cities’ citizens. Spearheading the effort, however, was Buergermeister Hartmut H. Boehmer. His gracious character and ever-cheerful demeanor made all of us feel at home, and he sealed the German-American relations of the era. It is with great sorrow that we acknowledge Herr Boehmer’s passing, and offer our sincere condolences to the family, Bad Hersfeld, and all of Hessen. A great gentleman of boundless energy has left us, and he will be missed. 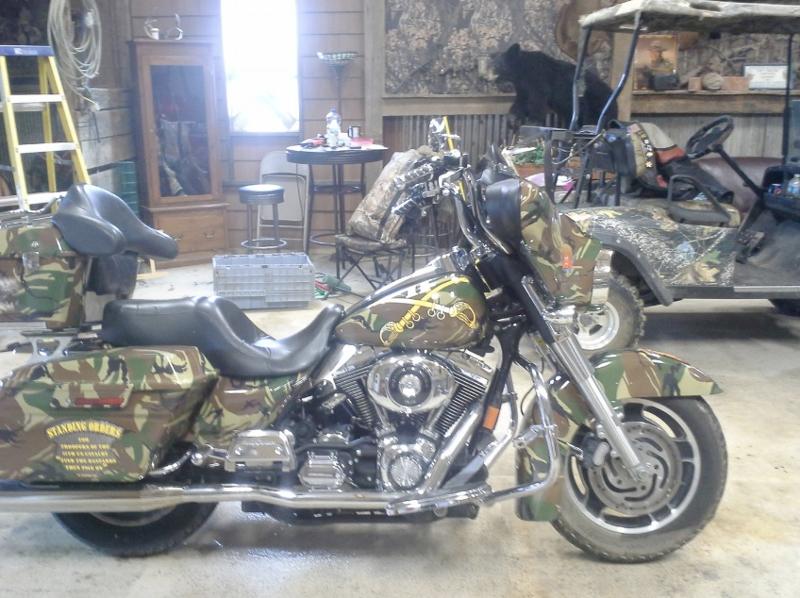 Dale Leemann, of 2/11 and 3/11, 1970, drove this bike from Jonesboro, Missouri, to attend the Blackhorse gathering at the Vietnam Wall on Memorial Day. Well done, Don, both the ride and the Bike!

The following website, titled The 11th Cavalry 1901 to 1923, is full of pictures, unit rosters, and detailed descriptions of individual cavalry troop activities during the early years of the Regiment. Well worth a visit.

The link below will take you to a history of the 11th Cavalry Group in World War II. It covers operations from Roer to the Elbe. It was written in 1945, shortly after the war ended in Europe. While the title covers the war years, the history actually contains great introductory material about the regiment before the war and its transition to the 11th Cavalry Group prior to its commitment in Europe. It was recently digitized by the Combat Studies Institute at Fort Leavenworth.

For those of you who sometimes worry about the youth of America, this short YouTube video should be a welcome message. This is a tribute to our Vietnam veterans from students at The College of the Ozarks (with thanks to Doc Bahnsen and John Sherman Crow for forwarding this to us).

The link below is to a new story about the making of a music video by a relatively new band, The Secret State. At least two of the members are veterans who wanted to make a video honoring the sacrifice of our soldiers. The video features soldiers from the 11th ACR at Fort Irwin and some great shots of the training environment they create for the Army. You have to get through the commercial at the front of the video, but it is worth the wait. Also worth reading is the article about the band and its support for our military.

Friday, July 26, 2013
1900 hrs, Dedication of commemorative plaque to remember the stationing of the US-Army in Wildflecken. Location: Rathaus-Platz, downtown Wildflecken

Saturday, July 27, 2013
0600 hrs: Start of Volksmarch across the WTA (see below for details), Airstrip area, Camp Wildflecken
1000 hrs: Official start of the 2-day-festivity with "Bieranstich" in the gym.

Sunday, July 28, 2013
0600 hrs: Start of Volksmarch across the WTA (see below for details), Airstrip area, Camp Wildflecken
1000 hrs: Ecumenical church service at the stage in front of the gym.

Parking is available at several areas at Camp Wildflecken as well as in downtown Wildflecken. Shuttle service from Rathausplatz and location of former Main-Gate

On behalf of the Mayor of the City of Wildflecken Alfred Schrenk and acting Commander of the Wildflecken Training Area Lieutenant Colonel Neubert.

An Important Message for Veterans from AUSA

This is a link to an important message about veteran’s benefits and possible cost increases associated with some of the benefits:

opens in a new windowhttp://www.ausa.org/publications/ilw/DigitalPublications/Documents/tbip-deja-vu/index.html