CSM Davenport joined the Army in 1964 and received numerous awards and decorations, including the Legion of Merit, Bronze Star Medal (2nd OLC), and Meritorious Service Medal (3rd OLC); he served in Europe, Vietnam, and Kuwait. He was the CSM of the 1st Squadron of the Blackhorse in Fulda, Germany, from July 1985 to July 1988. He later was the Command Sergeant Major of the 1st Infantry Division (Big Red One). He retired in 1994 after 30 years of service and became the Vice President of Pioneer Services Finance Company until January 2011. Great soldier, leader, mentor, and person.

Charles Shenloogian: Charlie Shenloogian passed away on February 14. He was born in 1916 in Union City, New Jersey. He joined the Army in 1941 and was assigned to F Troop, 11th Cavalry Regiment, serving along the Mexican Border in Arizona and California, and patrolling the coast of California after Pearl Harbor. During World War II, he served in the 10th Armored Division, taking part in the capture of Metz, the breach of the Siegfried Line, and the Battle of the Bulge, where he was wounded. Returning to the fighting after a short hospital stay, he was awarded the Silver Star for actions in January 1945. He was wounded another time shortly thereafter, earning his second oak leaf cluster to the Purple Heart. He was discharged in November 1945.

Update on the Status of Point Alpha.

COL (P) Paul Laughlin, the 63rd Colonel of the Regiment and 47th Chief of Armor and who had planned to be our guest speaker at the Reunion in Louisville, is being promoted and sent to Korea as the Deputy Commanding General (Maneuver) for the 2nd Infantry Division – great news for him, but his move makes it impossible for him to be our Reunion speaker. But in true Cavalry fashion, COL (P) Laughlin was instrumental in persuading MG H.R. McMaster, the Commanding General of the Maneuver Center of Excellence (Fort Benning) to be the Reunion speaker. MG McMaster is a lifelong cavalryman, who served with the 2nd ACR in Germany and in Kuwait, and he commanded the 3rd ACR in Iraq.

Audie Murphy Club Selection.
Two outstanding NCOs of the 11th ACR have been inducted into the prestigious Sergeant Audie Murphy Club. NCOs are selected by the most senior CSMs at their installations for their ability to demonstrate knowledge, good judgment, and outstanding character. They are grilled by seasoned veterans who ask them some very difficult "open ended" questions that test their overall abilities to make the right decisions as leaders. Hearty congratulations go out to Sergeant First Class Aaron Barfield, HHT, Regimental Support Squadron, and Staff Sergeant Anton Kiren, C Troop, 1st Squadron. These two NCOs did a remarkable job representing not only the 11th ACR, but NCOs throughout the U.S Army. 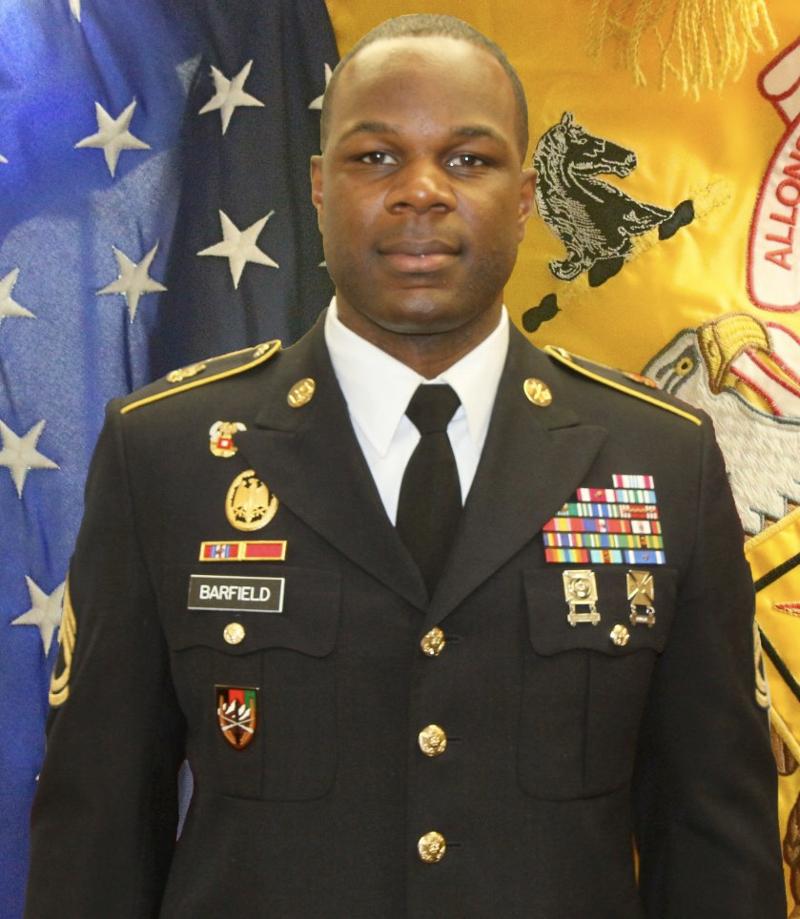 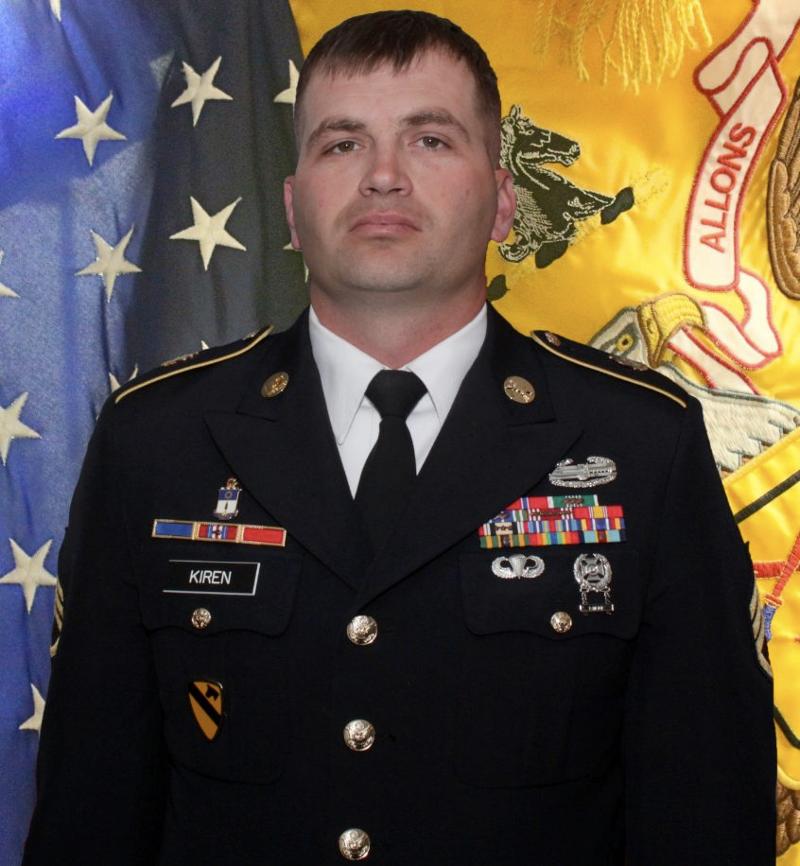 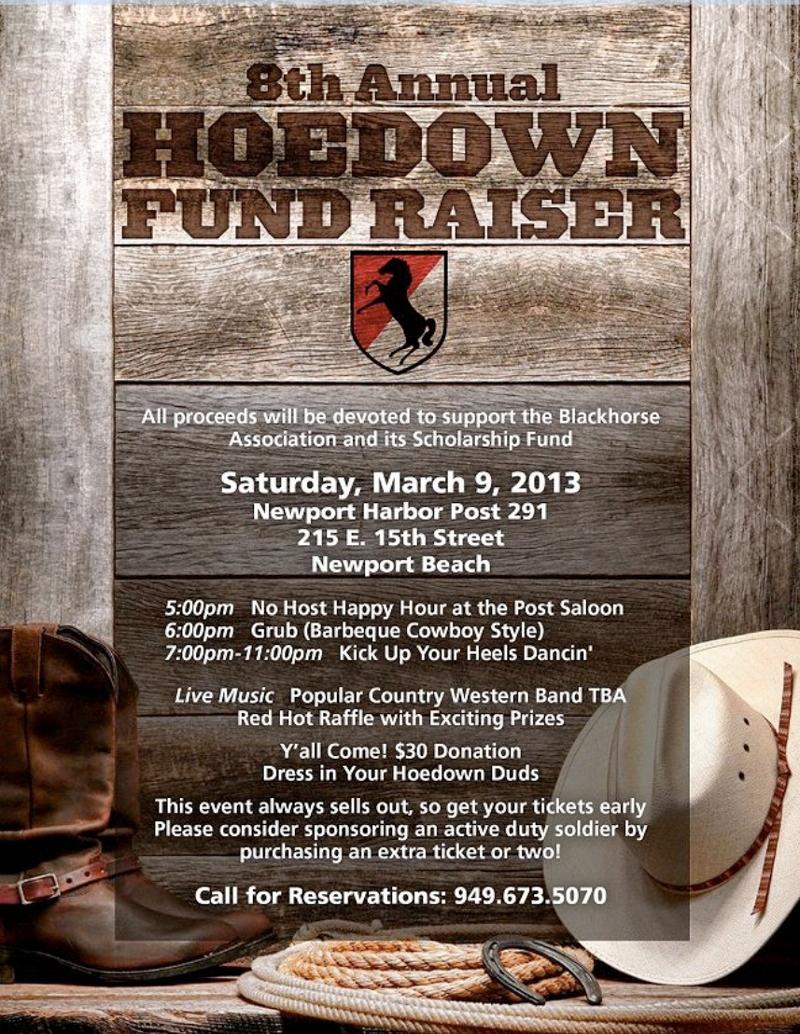 The Vietnam-Era Veterans "Welcome Home" Ceremony. This ceremony is an annual event to honor our veterans. This year Fort Irwin and the National Training Center (with Family and MWR) will host the event at Fort Irwin on Wednesday, April 10. The Blackhorse Association is an official sponsor, and all Blackhorse veterans from all eras are invited to attend.

For more information about the ceremony , click here.opens in a new window

For several years, the German government has hosted a "Last Patrol" ceremony at Point Alpha, to commemorate the last patrol of the Cold War era. This year’s ceremony will take place on March 20, and it will be much the same as last year’s; its focus will be on bringing high school kids together from DODDS, Hesse and Thuringia with period witnesses of the 11th ACR and Host Nation. It is organized by William E. Clements, US Forces Liaison Officer, Hesse, Northern Germany and Thuringia. Steve Steininger, who is a friend of Mr. Clements and has long been our senior Blackhorse representative in Germany, will attend. Don Wicks, our Association Fundraising Director, has donated a new American flag each year for this ceremony. The flag flown for the previous year is then returned to Don, who donates it to the silent auction at our annual Reunion.

Click here to read a news story about last year’s event.opens in a new window

Reminder – Louisville Reunion: This is a reminder about our annual Reunion. It helps the Association a great deal in planning if attendees can register early and make lodging arrangements. So block your calendars, send in your reservations, and make your lodging arrangements as soon as possible; the hotel is really nice and very reasonably priced for downtown Louisville. This event is central to the continued health of The Blackhorse Association, and we encourage everyone who can to attend and share the heritage, traditions, and camaraderie that made – and continue to make – the Regiment such an important part of our lives.

11th Armored Cavalry Regiment’s Blackhorse Association will hold its annual Blackhorse Family Reunion in Louisville, KY, May 30 to June 2, 2013. Hosted by the Association’s Gold Vault Chapter, the Reunion is open to all past and present troopers who served with the Regiment, the Regimental Community, and all separate units that supported the Regiment.

The Reunion will be held at the Hyatt Regency Louisville, 311 S. 4th Street, Louisville, KY. The hotel has just completed a $5.8M renovation; and it has great new facilities, a downtown location near the river, and excellent restaurants. Rooms have been set aside for Reunion attendees at a special negotiated rate of $115 per night. Parking in downtown Louisville can be difficult and expensive, but we have negotiated a $10 per day rate in a city parking garage adjacent to the hotel. Attendees are encouraged to make plans early. For electronic reservations at the Hyatt Regency Louisville, go to the special website they have set up for us at https://resweb.passkey.com/go/blackhorseassociationreunion, or phone 800-233-1234 (be sure to tell them you are attending the Blackhorse Reunion). For additional lodging options, please go to www.expedia.com/Louisville-Hotels. Tentative Reunion agenda:

Evening activities on your own

Visit to the Regiment’s Monument near Fort Knox/Memorial Service

Registration fee is $95 for adults and $30 for children 12-and-under who do not attend the banquet. This fee covers Reunion mementos, hors d’oeuvres at the Friday evening Stable Your Mount social, the Saturday banquet with wine, and other Reunion costs. Please complete the attached registration form and make checks payable to "Thomas Smart (Blackhorse Reunion)". Attendee transportation, including airfare, rental car, and lodging must be organized separately. For more information, see www.blackhorse.com and www.blackhorse.org; or contact one of the following Reunion Committee members: Tom Smart at (703) 973-3703, tom.smart@nullacrpros.com; Glenn Snodgrass at (703) 250-3064, jgs525@nullverizon.net; or Wes Walters at (571) 276-9471, wes.walters@nullsaabgroup.com.