A celebration of life and interment will be held at West Point for Col. (Ret.) Jack Dice: West Point Cemetery; 10 am, Wednesday, October 25, 2017; at the Committal Shelter. In lieu of flowers, the family requests a donation in his memory to the Homeless Animal Rescue Team at www.hart90.orgopens in a new window. The online guestbook is available at: http://www.moneyandking.comopens in a new window/.

His obituary, originally published in the September 2017 E-News, is reprinted below. 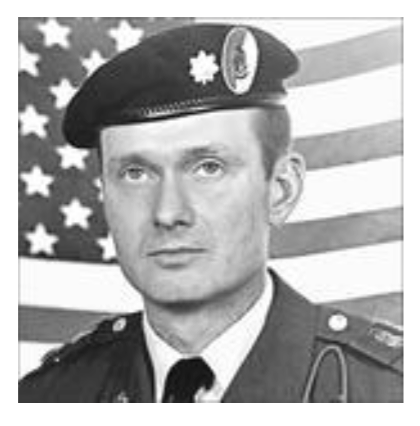 On August 24, 2017, Jack lost his battle with Alzheimer’s and joined The Long Grey Line. Following in his father’s footsteps, Jack graduated from the United States Military Academy at West Point in 1960, beginning a proud and dedicated 25-year service to his country. On his first assignment to Germany, he met and married Marga Thiele from Wuerzburg. Next came Vietnam (Purple Heart), graduate school at Duke, military history professor, and a second tour in Germany that was the highlight of his career: commander of 3rd Squadron,11th Armored Cavalry Regiment.

After attending the U.S. Army War College at Carlisle, PA, the family moved to Daegu, Korea with the 19th Support Command. From 1980 until his retirement in 1985, Jack served as Deputy Commander of the recently established Department of Military Instruction (DMI) at West Point. Jack had a horse-and-animal-loving family, so a small farm in Virginia was the ideal place for retirement. However, his second successful and much-enjoyed career was working together with Marga in the real estate industry for nearly 25 years.

Mourning his loss are Marga, his wife of 55 years; son Christof and his wife Rhonda; daughters Kerstin Stoval and husband David, and Bettina Markowitz and husband