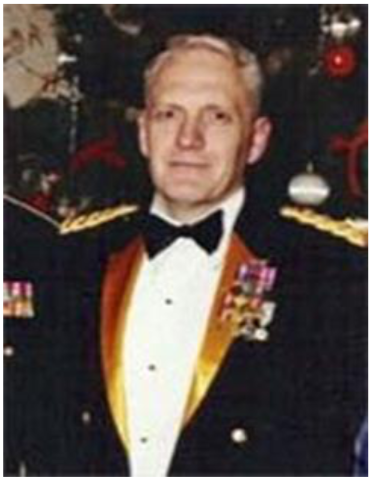 Colonel (Ret.) Donald E. Appler, 75, of Elizabethtown, Kentucky, died Thursday, April 12, 2018. He was born in El Paso, Texas and grew up in Huntsville, Alabama.
He is survived by his wife of 45 years, Carolyn Hogue Appler; daughters Adrienne Appler (Jeremy) of Waukesha, Wisconsin and Valerie Appler (Mark) of Atlanta; sister Susan Appler Hugel of Memphis, Tennessee; niece Beth Hugel Majkrzak (Richard); great-nephews Carter Majkrzak and Erek Majkrzak of Memphis; brother-in-law Larry Hogue, of Hattiesburg, Mississippi; niece Laura Hogue Butler; great-niece Hayden Butler; great-nephew John Thomas Butler of Wiggins, Mississippi; niece Lisa Hogue Brown (Nicholas); and great-nephew Alexander Brown of Little Rock, Arkansas.
He was a 1965 graduate of the United States Military Academy at West Point, New York, and he received his master’s degree from the University of Tennessee. His career included a wide variety of assignments, including command and staff positions in armor and cavalry. He had two combat tours of duty in Vietnam, both with the Third Squadron, Fourth U.S. Cavalry in the 25th Infantry Division. Other overseas assignments included three years in the 11th Armored Cavalry Regiment in Germany.
Don retired from the military after serving 26 years as an armor officer. He was an airborne ranger and a graduate of several military schools, including the U.S. Air Force Command and Staff College and the U.S. Army War College. He retired from the Army as the deputy assistant commandant, U.S. Army Armor School at Fort Knox. He was the recipient of numerous awards throughout his career. His awards included the Soldier’s Medal, Legion of Merit, Bronze Star medals for Valor and Achievement, Meritorious Service Medals, Air Medals for Valor and Achievement, and Army Commendation Medals for Valor and Achievement. He also held the Army Aviation Crewman’s Badge, Parachutist Badge, and Ranger Tab; and he was a proud recipient of the Order of St. George – Gold Medallion. Don worked for Lockheed Martin as the mounted warfare test bed site manager at Fort Knox.
He supported his community as a volunteer in a number of positions. He was a district coordinator for Boy Scouts of America, executive director and secretary of the Armor Association, and a founding director of the National Armor and Cavalry Heritage Foundation as well as serving as its first secretary. He was a dedicated member and vice chairman of the former CORE committee, which was a group of civilians and military who worked with Congress and the Senate to support the mission of Fort Knox and the surrounding community. He also served on the General George Patton Museum of Leadership Board.
Don was the captain and director of the Big Canon Lake Lodge Fishing Friends group. Fishing with his family and friends in Canada was one of his greatest joys. He gathered a group together yearly for 35 years and his name will continue there for years to come. The owners honored him when they named Appler Bay, a favorite fishing area of Don’s, after him. He loved his faith, his family, his friends, Alabama football, fishing, and his Wednesday lunch group. He was a very active member of Memorial United Methodist Church and served on several committees and as a Sunday school teacher. He will be greatly missed by all who knew him.
Memorial donations can be made to his Sunday school class: Potpourri Sunday School Class, Memorial United Methodist Church, 631 N. Miles St., Elizabethtown, KY 42701.
__________________________________
Interesting Gallery of Cold War Locations

In addition to other photos, there is a nice shot of OP Alpha on this website:

opens in a new windowhttps://www.cnn.com/travel/article/cold-war-sites-west-germany/index.html?gallery=13

We have two registration rates this year. You may register for the entire event (both Friday and Saturday evening meals included) for $109 per person. For those unable to attend the entire event, register for Friday or Saturday night only. If you register with $109, you get every meal. If you will be there for only one night, please buy a meal for the night you will be attending. 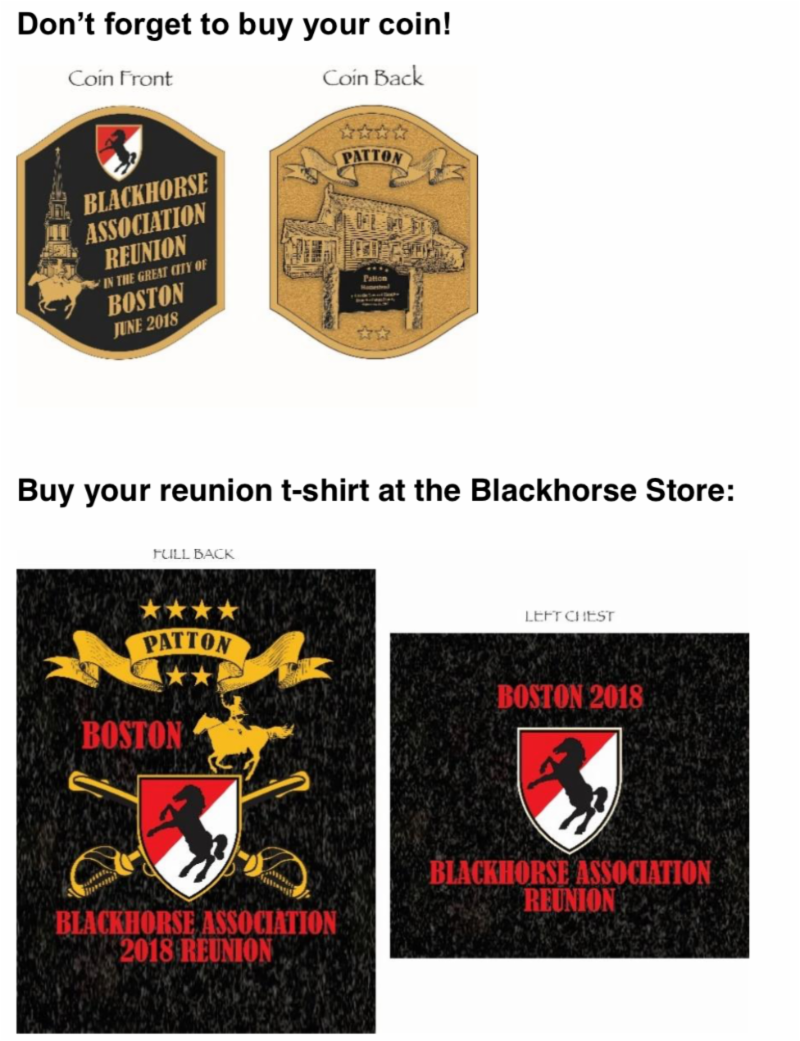 opens in a new windowClick here to visit the Blackhorse Store.
The shirts will be shipped to you ahead of the reunion, so make sure to get them before you begin your travels.
Hotel Reservations can be made directly from this Hilton link:
opens in a new windowhttp://www3.hilton.com/en/hotels/massachusetts/hilton-boston-woburn-BOSBWHF/index.html
Group Name: Blackhorse Association Reunion
Dates: June 14-17, 2018
Rate: $134 + tax (currently 11.7%) Group rate will be offered three days before and three days after official reunion dates; subject to space availability in the group block.
Reservations can also be made by phoning 781-932-0999. To receive the special group rate, identify yourself at time of reservation as belonging to the Blackhorse Association; state group rate BHA610.
Call for Donations: As we approach our 2018 Reunion in Boston, the Blackhorse Association is requesting donations for the Silent Auction. Proceeds from the Silent Auction assist in funding our annual scholarships. We had a great response last year
and exceeded our expectations. For this year, we have set our goal to exceed last year in both participation and funds raised for the scholarship. To that end, we ask that you set aside items you wish to donate to the cause and ensure they travel with you. For items too bulky for your baggage, we ask that you ship using the attached labels to:
The Hilton Boston Woburn
2 Forbes Road
Woburn, MA 01801
Ensure your donations arrive no earlier than June 10 and no later than June 14. Please contact Beth Anne Demeter ( opens in a new windowbethanne.demeter@nullgmail.comcreate new email) and James Taylor ( opens in a new windowblackhorseauction@nullgmail.comcreate new email) about your donations so they can plan for them and price them correctly. 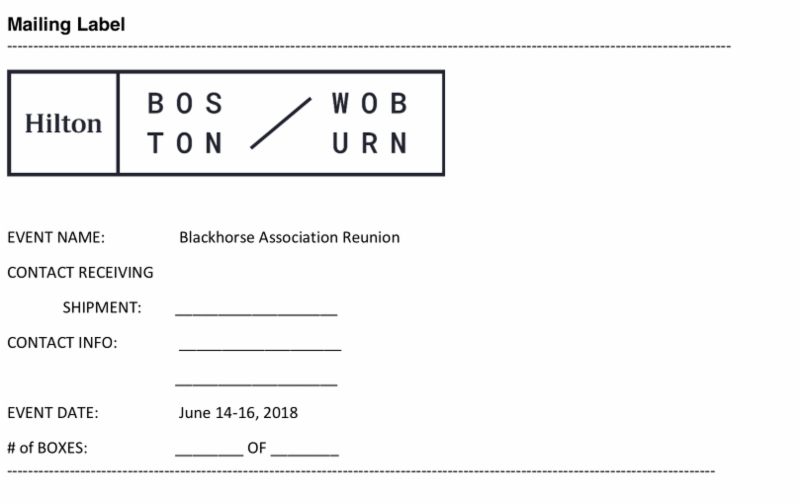 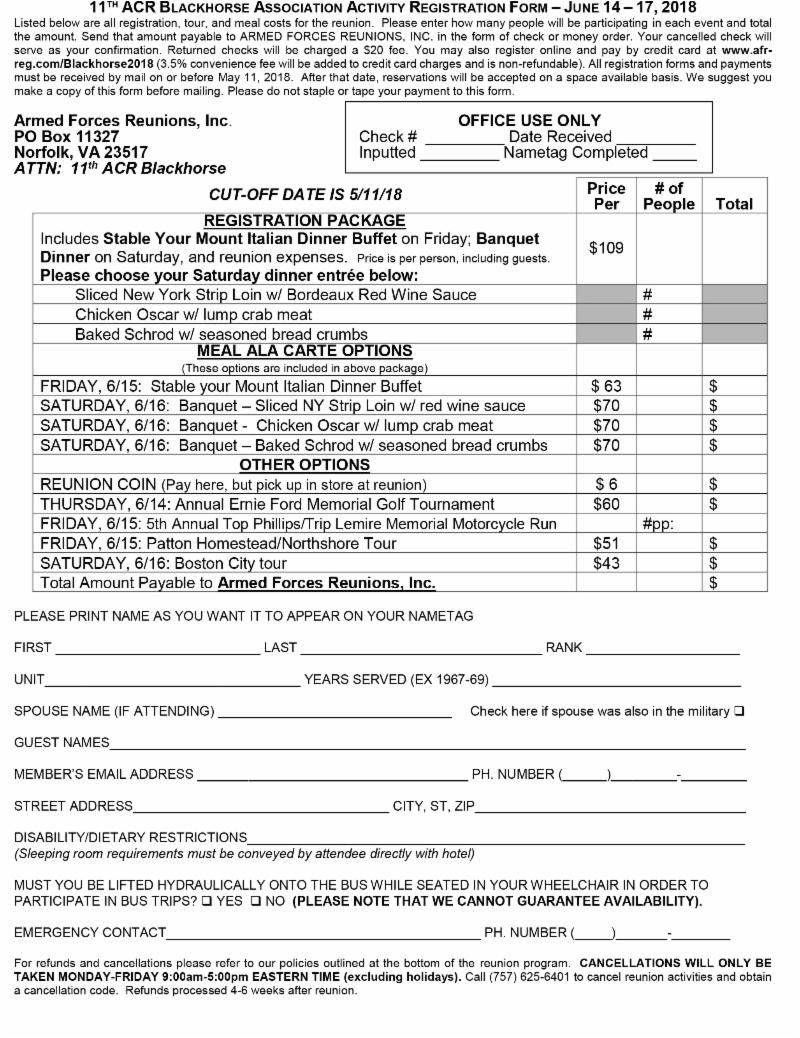 Interesting Documentaries About
Allied Military Liaison Missions during Cold War Germany
The Germans have produced a new documentary covering the Allied Military Liaison Missions intelligence collection in Cold War Germany. There are three episodes that highlight the activities of the men and women of the missions and look at notable Cold War espionage cases as well. The producers were extremely lucky to get in touch with veterans from all Western Missions who kindly supported this project. They were also able to interview two Soviet veterans as well. The episodes are only in German, but even so, some of the pictures are interesting-especially if you understand a little German.