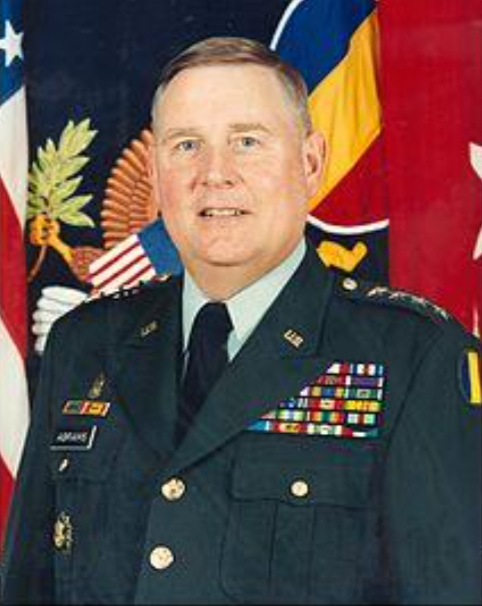 General (Retired) John Nelson Abrams, 53rd Colonel of the Blackhorse Regiment, passed away on August 20, 2018 at the age of 71. He was the son of Gen. Creighton Abrams, the former Army chief of staff who died in 1974; the brother of Gen. Robert B. Abrams, who is the current U.S. Army Forces Command commanding general; and the brother of retired Brig. Gen. Creighton W. Abrams Jr., who is executive director of the campaign for the National Museum of the United States Army.
Abrams was born on September 3, 1946 in Cumberland, Maine. He received his commission through Officer Candidate School in 1966, after enlisting as a tank crewman in 1966.
As a young armor officer, Abrams served two years in Vietnam, rising from platoon leader to troop commander. As troop commander, he led a hybrid armored unit that combined helicopter-borne infantry soldiers with traditional armor.
He married Cecilia Bosico in 1969.
In his tour as Commander of the Second Infantry Division, he was promoted to Major General and stationed at Camp Red Cloud, near Uijeongbu, Republic of Korea.
Major General Abrams was active in community affairs and worked with the Amerasian Children’s Fund, The Pearl Buck Association, and the American Red Cross. He was instrumental in improving morale to this combat unit and community support from the Korean civilians.
After completing his tour in Korea, he was promoted to Lieutenant General and assigned as commander of V Corps in Germany. When he commanded V Corps, his unit employed intelligence-gathering unmanned aerial vehicles in their first tactical deployment. As commander of V Corps, he was the second officer in U.S. Army history to command the same unit as his father, the first being General George Smith Patton.
In 1998, he was promoted to general and assigned as Commander, United States Army Training and Doctrine Command (TRADOC), which oversees all training in the U.S. Army. He held this position until his retirement in 2002.
After he retired from the Army, he founded Abrams Learning Information Services, a management consulting and technology company where he was president and CEO. He also worked as a military analyst for The Associated Press.
Abrams received his Bachelor of Science degree in Business Administration from Bowling Green University, a Master of Science degree in Public Administration from Shippensburg University, and an honorary Doctor of Education degree from Norwich University.
While commanding the Regiment, Colonel John Abrams was known as a superb trainer and expert in tactics. His many innovations in training, to include a focus on night fighting and collective gunnery at platoon and troop/company, contributed greatly to the Regiment’s effectiveness as a deterrent on the East-West German Border.
As just one example of his innovative approach to leadership, the Regiment was host to a day-long visit by the Conference for Defense Cooperation in Europe (CDCE) during REFORGER 1988. The CDCE members were allowed to have two senior (usually colonel) observers of any large military exercise within Europe. Among the CDCE observers for REFORGER ’88 were two Soviet colonels. The Regimental Commander greeted the group, and then turned their visit over to the Regimental Command Sergeant Major, CSM Jake Fryer. Col. Abrams had directed that all presentations and demonstrations to the CDCE delegation be done by NCOs of the Regiment. At one point, while being briefed by a Sergeant E-5 on mortars, one of the Soviets asked “Where are your officers?” The response “This is NCO business, the officers have other duties to attend to” appeared to take the Soviets by surprise – exactly the effect the Regimental Commander intended.
__________________________
The Flag at Point Alpha Flown at Half Mast in Honor of
Gen (Ret.) John Abrams 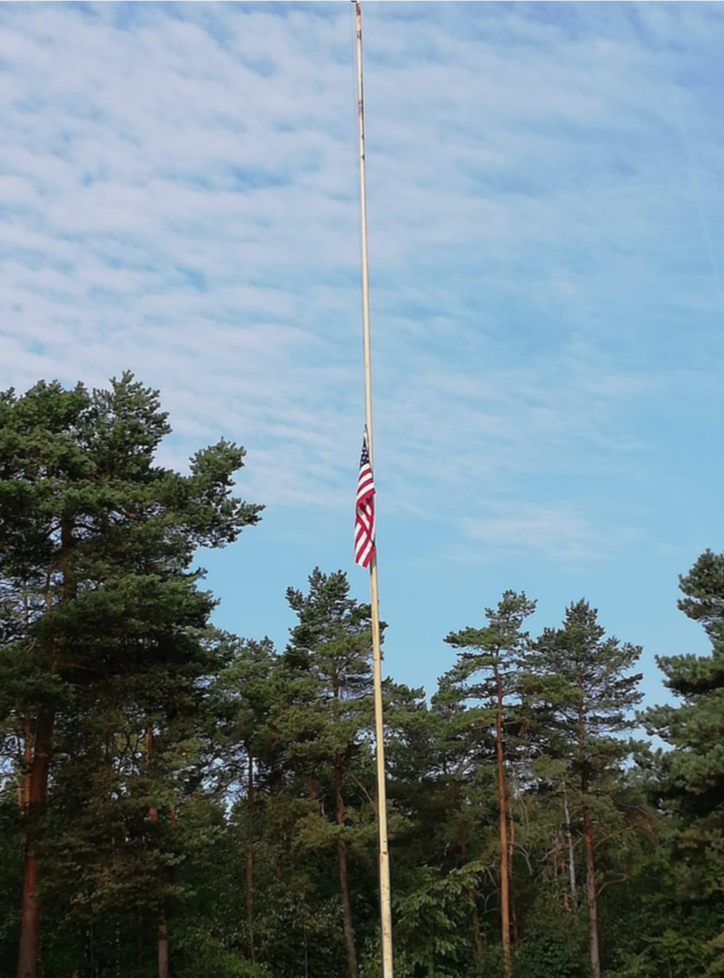 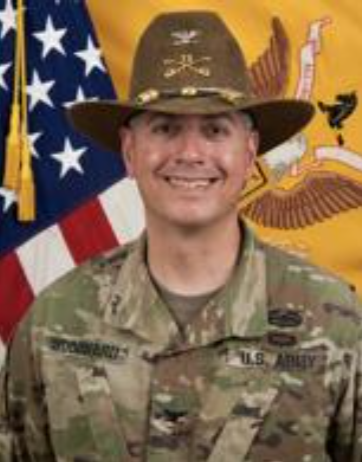 Savannah is currently a Senior at the University of Kansas, and Sydney is a high school senior. He enjoys being outdoors with his family and can usually be found hiking, mountain biking, hunting or fishing.