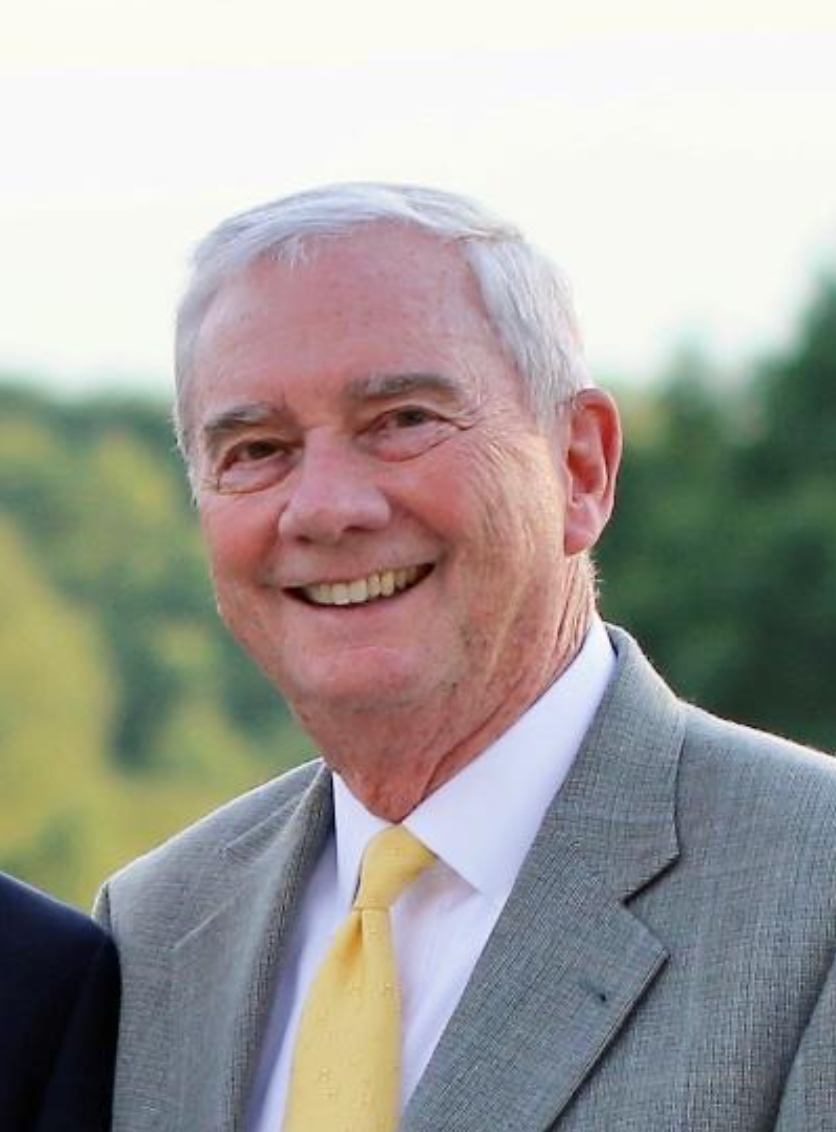 Chris was born in 1941 of the late Captain (USN) Homer and Jean Conrad. He graduated from Rogers HS in Newport Rhode Island and the University of California, Berkeley in 1964, with a degree in geophysics. While at Berkeley, he was inducted into the Order of the Golden Bear, was Rally Committee Chair, and met the love of his life, Patricia. Upon graduation, Chris was commissioned as a Second Lieutenant of armor and cavalry in the U.S. Army, and he was assigned to Korea as a reconnaissance platoon commander.

Pat and Chris married in 1968 upon Chris’s return from a tour in Vietnam as a company commander in the First Cavalry Division. Chris went on to command the Second Squadron of the 11th Armored Cavalry Regiment in Germany during the height of the Cold War, and later, the 2nd Brigade of the 4th Infantry Division at Fort Carson, CO. Chris finished his career in Washington D.C. where he served as the Chief of the Policy Division (J5) on the Joint Staff. He received the Defense Superior Service Medal, the Legion of Merit, the Bronze Star with one oak leaf cluster, and the Bronze Star Medal with Combat V Device. His career was marked and distinguished by his dedication to the soldiers in his commands.

During his 28-year Army career, Chris graduated from the Army War College, obtained advanced degrees at Tulane (MBA) and Virginia Tech (Environmental Science), and substantially contributed to the Army’s first Environmental Policy Manual. Following his army career, Chris was the managing partner of the Clark Group, an environmental consulting firm on Capitol Hill.

Chris found meaning and joy in the St. Andrew’s Episcopal Church community, serving as Sr. Warden, treasurer, trustee, and as a longtime choir member. He also served as a member of the Diocese of Virginia’s Executive board.

Chris’s innumerable interests were centered on the camaraderie he found in the enjoyment of good food, wine, fishing, bocce, lifelong learning, culture, baseball, good puns, traveling with cherished friends, and, of course, music. For as long as he was able, he treasured playing the banjo with his band called, “Bourbon and Bluegrass.”

In addition to his many accomplishments, the titles that he treasured most were those of husband, father, and grandfather. He was the beloved husband of Patricia for 53 wonderful years; brother to Clare and Bob Conrad; loving father of Susan (Robert) Watters, Christiane (Doug) Kay, and Carolyn (Jason) Miller; and the proud grandfather of Jack Stroker, Duncan, Bruce and Bobby Kay, Clara and Christian Miller. He loved nothing more than to watch his grandchildren grow and learn and, true to form, he thoughtfully enjoyed encouraging their natural curiosities. By his extraordinary example, he taught family and friends alike to appreciate life, and live with joy, enthusiasm, curiosity, and honor.

Internment at Arlington Cemetery to be held at a later date.

In lieu of flowers, the family requests you consider donations to the Conrad Endowment at Saint Andrew’s Episcopal Church, or the American Cancer Association.

These are a few recent pics from a close German friend who visited the OP recently. 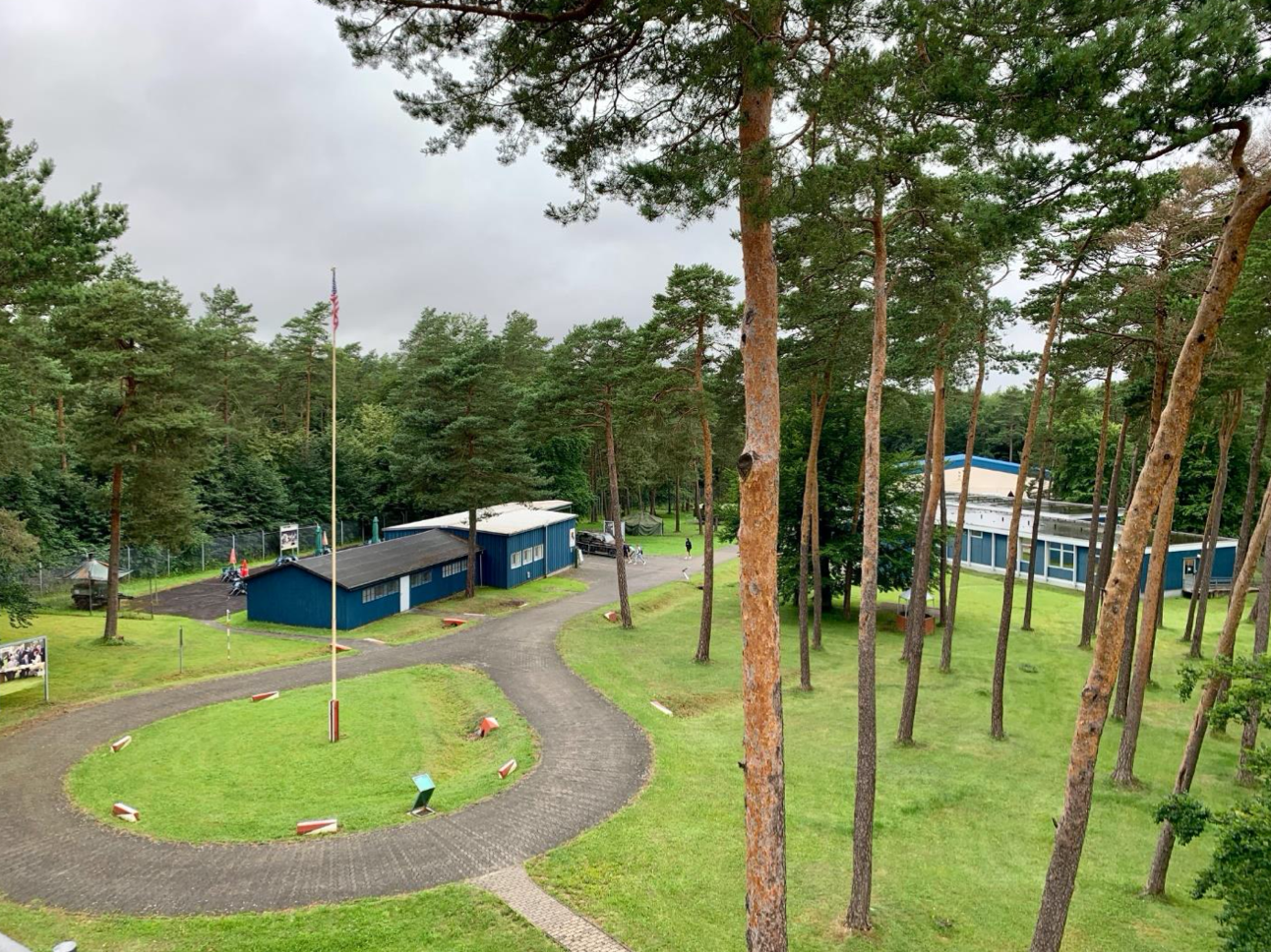 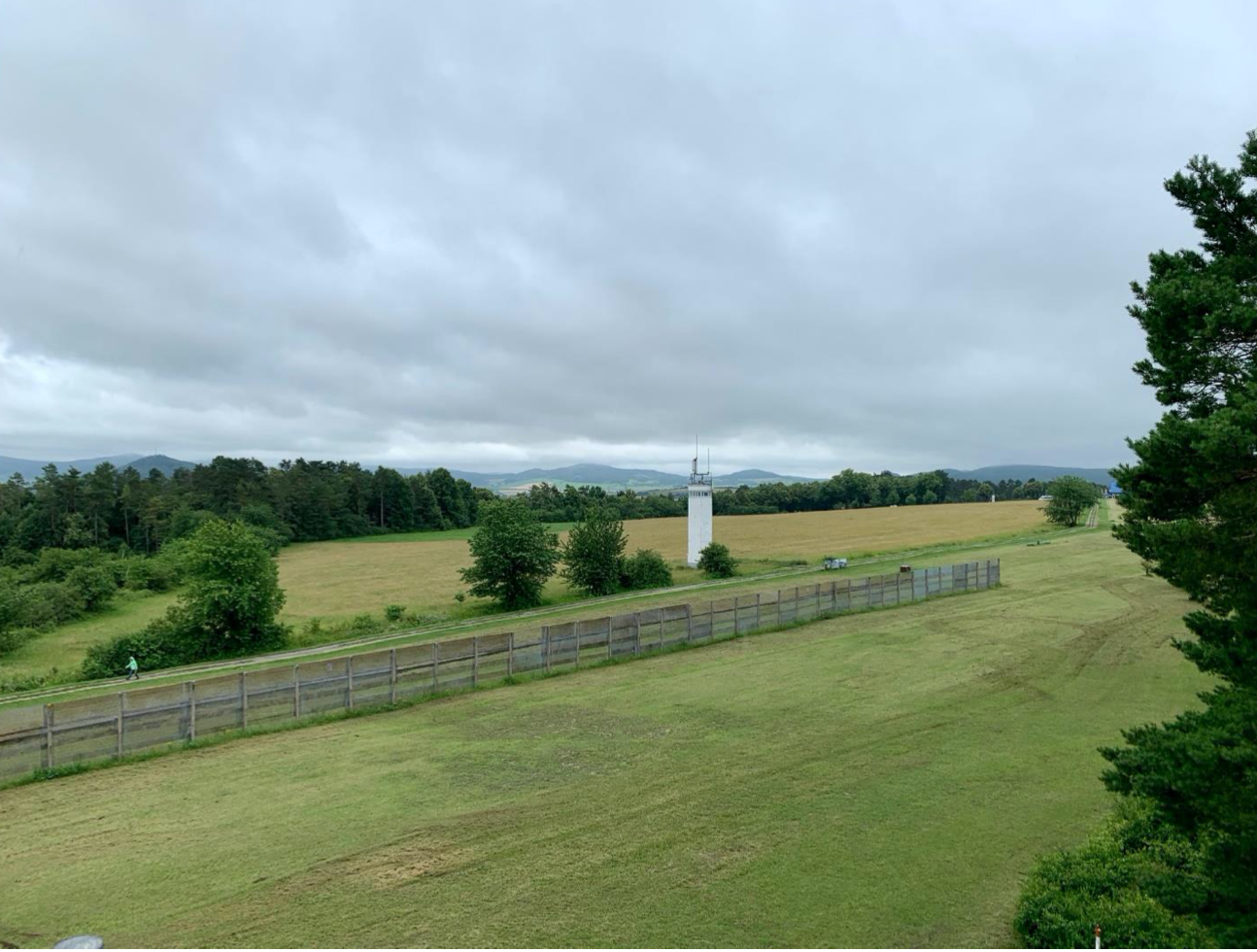 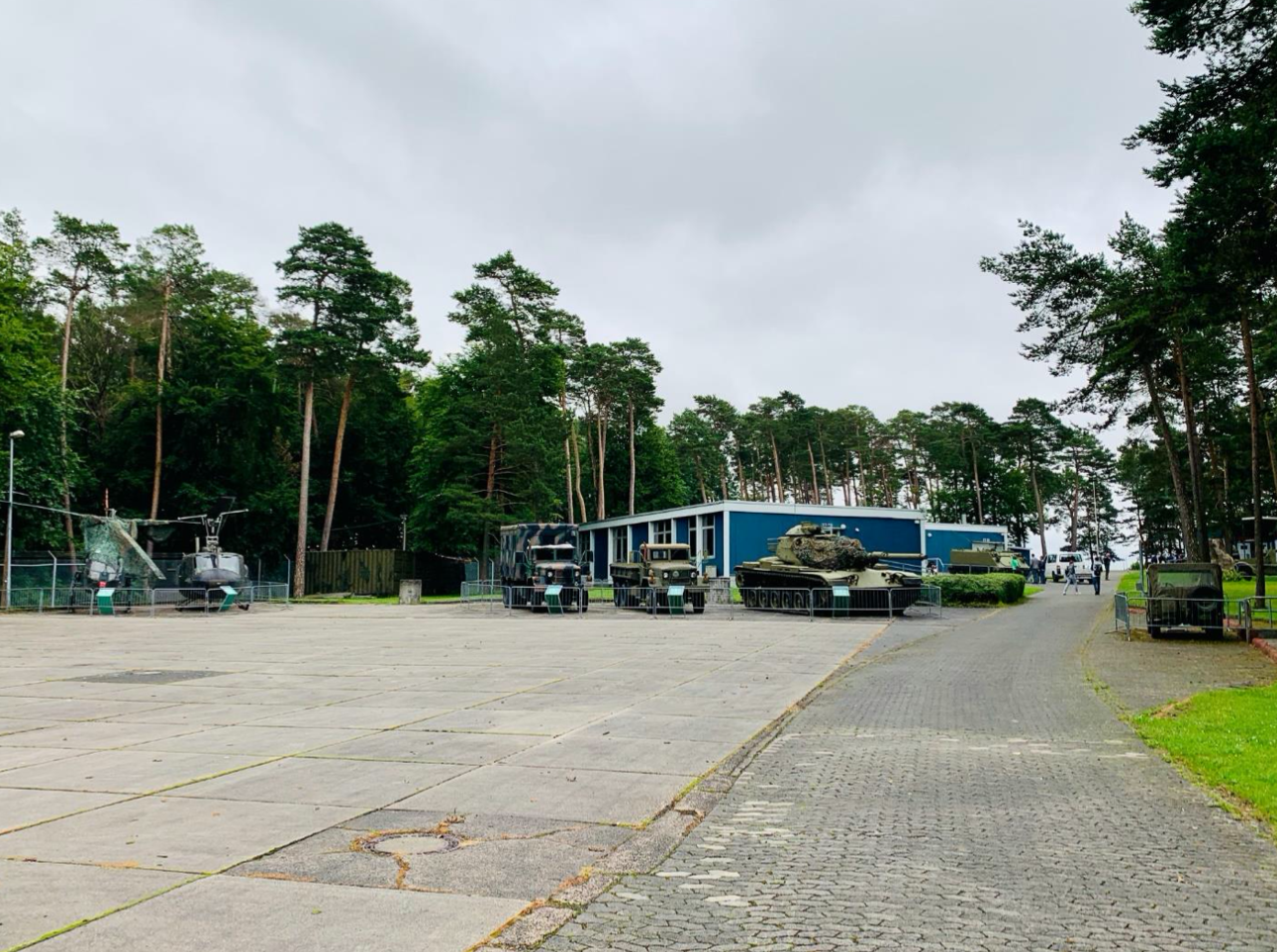 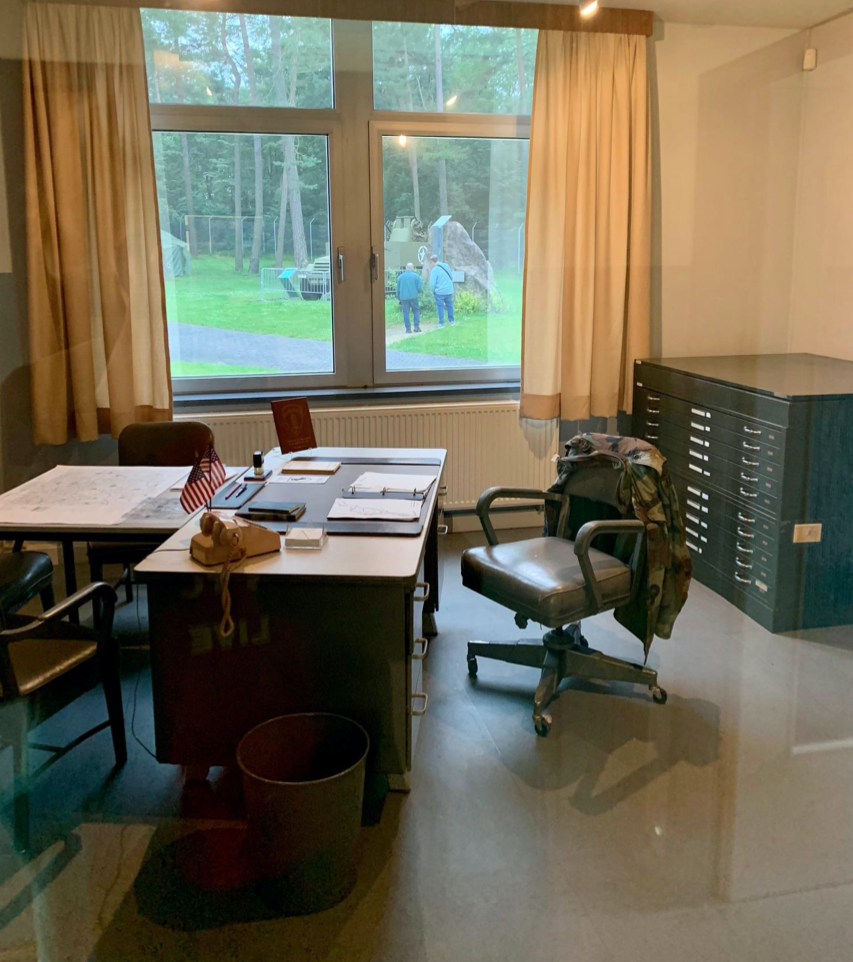 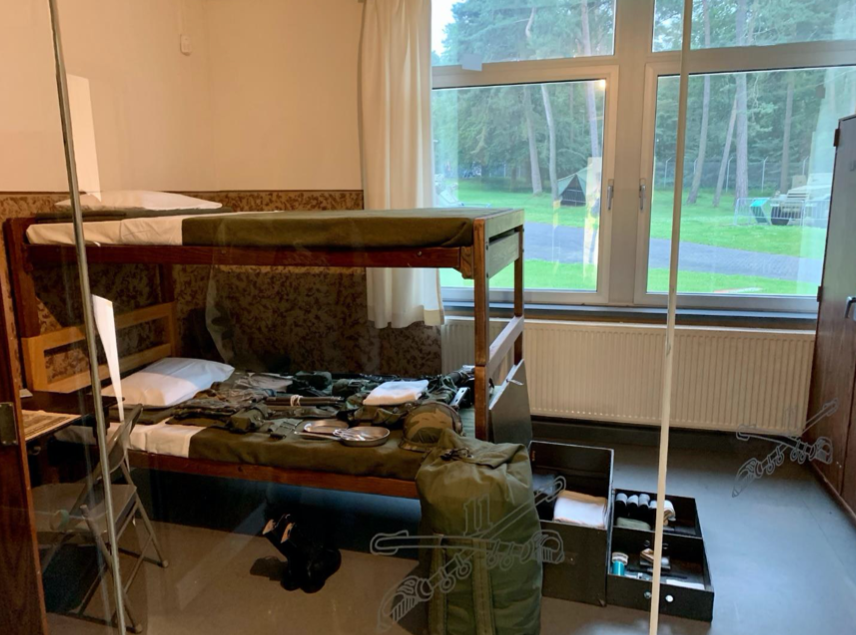 And Speaking of Point Alpha:

An Interesting New Initiative Connected to

Point Alpha and the Cold War

A doctoral thesis according to Geisa? Why not! On Friday, the course was set at Point Alpha City to make this possible with the establishment of the “Research Institute Point Alpha” association.

Sponsors of the project are the city of Geisa as initiators, the Fulda University of Applied Sciences, as well as scientists from the Universities of Erfurt and Mannheim, and the Point Alpha Foundation.

The institute wants to enable events with students from the social and historical sciences, but also to be a center for intensive studies by doctoral students and provider of international symposia with top researchers. With the Point Alpha memorial and the infrastructure that is now being built, Geisa could be exactly the right place for researchers to complete a book in peace and away from the hustle and bustle of the university. (Also please read: Point Alpha Memorial welcomes guests again after eight months.)

In a press conference, participating academics described three core topics that the institute intends to address in an interdisciplinary manner:

“We understand contemporary history as the prehistory of current problems,” said Erfurt historian Prof. Dr. Christiane Kuller, one of the founding members. Dealing with history at the Geisa location makes it possible to widen the horizon and, in addition to the east- west conflict, also look at the north-south problem. A look at Point Alpha also teaches you to perceive that there are currently similarly closely guarded borders in many places in the world as there were once in the middle of Germany, added the Mannheim historian Prof. Dr. Philipp Gassert, who is also associated with Point Alpha on a Scientific Advisory Board of the Foundation.

The research institute offers great opportunities, and it was created thanks to the great perseverance of Mayor Henkel; she was the driving force that brought those involved together. With its location on the border between East and West, the institute could also be a good place to conduct research on the stability of democracies beyond the point of blame. (per Claudia Wiesner, political scientist at the University of Fulda)

The founding members of the association strive for the Research Institute Point Alpha to be recognized by the University of Erfurt and the University of Fulda as an “affiliated institute.” So it could be a country, university and interdisciplinary pilot project with international appeal. 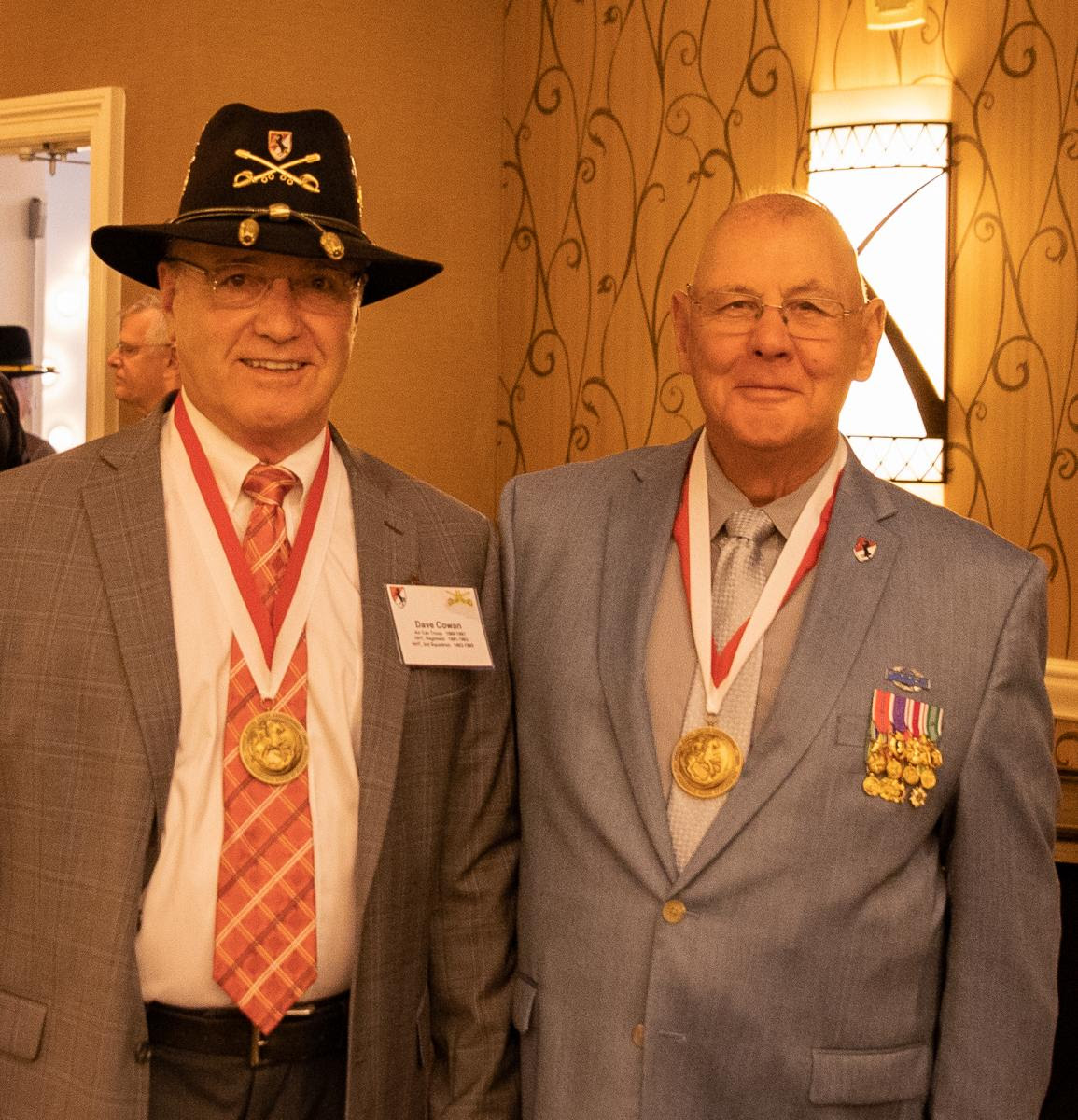 Photos from the 2021 Reunion in San Antonio can be found at https://www.blackhorse.org/2021-blackhorse-reunion-in-san-antonio/