The Peter F. Dalton Foundation was created in Peter’s memory by his son John in 2011. 100% of the proceeds go to endeavors that reflect Peter’s values. The Foundation has been growing, and we appreciate everyone’s support.

More information about the causes supported by the foundation are on the foundation’s website: opens in a new windowhttp://www.pfdfoundation.org/home.html. 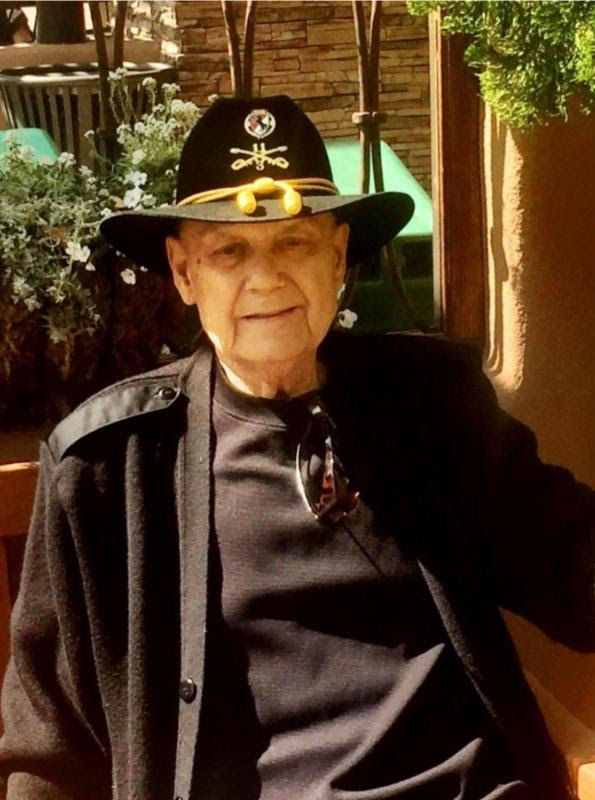 Bill Schuessler passed away on November 16, 2017. He is predeceased by his wife of 50 years, Josefine, who also died of esophageal cancer almost five years ago.

Bill served in the US Army, was a Vietnam Veteran with K Troop, 3rd Squadron, 11th ACR, and was a recruiter for the majority of his career. After retiring from the Army, he moved the family back to Albuquerque and worked at the ABQ Military Entrance Processing Station (MEPS) for 20 years. He was a member of the Edelweiss German American Club, and he enjoyed taking German class at the Bear Canyon Senior Center. He attended as many reunions with his Army friends as he could, was an avid sports fan, and held season tickets to Lobos Men’s Basketball for many years. He loved Jazz music and enjoyed attending jazz fests and concerts. He had a ready smile, infectious giggle, and a positive, optimistic, upbeat spirit.

Colonel Justin Guy Ballou, III (Retired). Guy Ballou died of cancer on October 13, 2017. Guy was born to Virginia Ballou and Commander Justin Guy Ballou in Providence, Rhode Island, in 1944. He graduated from North Kingstown High School in 1963. He earned a Bachelor of Science in Management from Embry Riddle University and a Master of Science from Kansas State in Computer Engineering. He joined the Army in 1967 as a private and retired 29 years later as a Colonel.

He served in the 11th Armored Cavalry Regiment in Vietnam as a scout pilot where he received a Silver Star, two Distinguished Flying Crosses, Purple Heart, Bronze Star for Valor, and 33 Air Metals (2 for valor). He commanded 2nd Armored Division’s Air Cavalry Troop, the Attack Aviation Battalion in the 9th Motorized Division, and Combat Aviation Brigade in the 25th Infantry Division. Between aviation assignments, Guy worked as a staff officer in computer-related areas in Western Command and CINCPAC in Hawaii; he also commanded the Personnel Information Command for the Army in Washington DC. At retirement in 1996, Guy received the Distinguished Service Medal.

After retiring from the Army, Guy’s passions were racing sailboats and oil painting. Guy married LTC Valerie C. Vares in 1985 on the beach in Maui. He is survived by wife Valerie, mother Virginia, and sisters Chris and Kelle. Guy will be buried with full honors at Arlington National Cemetery at a future date.

Below is a tribute to Guy by Doc Bahnsen:

COL Justin Guy Ballou, III, US ARMY (retired) died on 13 Oct 2017 from cancer believed to be related to Agent Orange. He was a fighter through and through and lasted longer than most.

He was a Warrant Office scout pilot in the 11th Armored Cavalry Regiment’s Air Cavalry Troop from 1968 to 1969. He was no-questions-asked, and he was the most aggressive gung-ho pilot in the troop. He was decorated with a Silver Star, 2 Distinguished Flying Crosses, Bronze Star for Valor, Air Medals for Valor, in addition to other awards. He was direct commissioned to 2nd LT for his combat bravery. He had a distinguished Army career and rose to the rank of Colonel. He commanded an air cavalry troop, an attack helicopter battalion, and an aviation brigade. Upon his retirement, he was decorated with a Distinguished Service Medal.

Guy Ballou was all go 24-7 in combat. No VC or NVA was safe when he was on the hunt. More fights started with his sightings than anyone else in the troop or the regiment. His bravery under fire was unmatched. He went after the enemy full bore. I was his commander and I loved his “fire in the belly” and his enthusiastic “go get-up” spirit. We will all miss him.

Rest in peace my friend —- Doc

11th ACR CSM Stunkard and Regimental Commander COL Clark are looking for email addresses of the previous Regimental Command Sergeants Major. Any assistance you could provide would be greatly appreciated. If you know the emails of any previous CSMs of the Blackhorse, please send that information to 1LT Mark T. Janes, Regimental Adjutant, at opens in a new windowmark.t.janes.mil@nullmail.milcreate new email.

The National Archives recently had three helicopters on display outside its museum on Constitution Ave between 7th and 9th Streets in Washington D.C. One of them was the 11th Armored Cavalry Regiment’s Air Cav Troop Cobra “Widowmaker.” 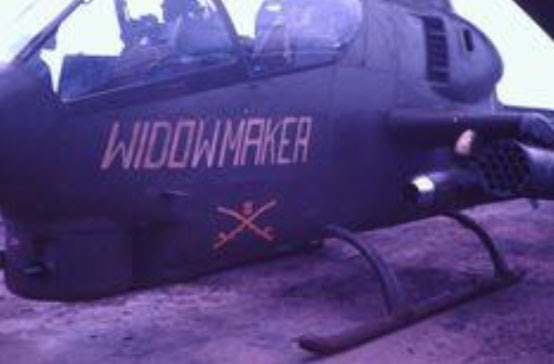 All Troopers and Veterans of the Blackhorse Regiment are invited to attend the 11th Armored Cavalry Regiment’s Ball on February 24, 2018 at The Orleans Hotel and Casino in Las Vegas, Nevada. We look forward to having current and former members of the Best Damn Regiment socialize and reconnect, and we honor those that stood on the front lines defending what we hold dear. Our guest speaker is MG(R) Terry Tucker, our 56th Colonel of the Regiment.

Tickets for the ball are $75 each, and we have blocked off rooms at the casino’s hotel for a discounted rate. The tickets are available to the first 100 RSVPs. All registrations after this will be placed on a waitlist to attend. If you sign up and are placed on the wait list, we will notify you whether or not you are able to attend. The attire for the evening is black tie and formal gowns. As always, you may wear your Mess Dress or equivalent if you so desire.

If you have any questions, please email us at opens in a new windowradj11acr@nullgmail.comcreate new email and we will answer you as soon as possible.

We look forward to seeing you there. ALLONS!

(We did not receive this note in time for inclusion in our November E-News, but we wanted to show everyone that the Regiment is still remembered fondly in Germany.)

I hope you all are fine – we have a lot of work here as usual. I wish you, your families, and friends a Happy Thanksgiving.

We will have our traditional Thanksgiving dinner on Saturday in our club house – of course we will think of you as well. 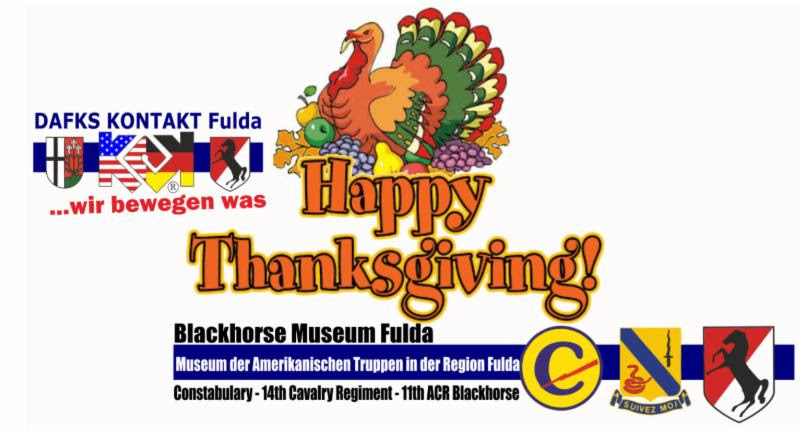 We will post details on when and how you can get it as soon as we get that information. 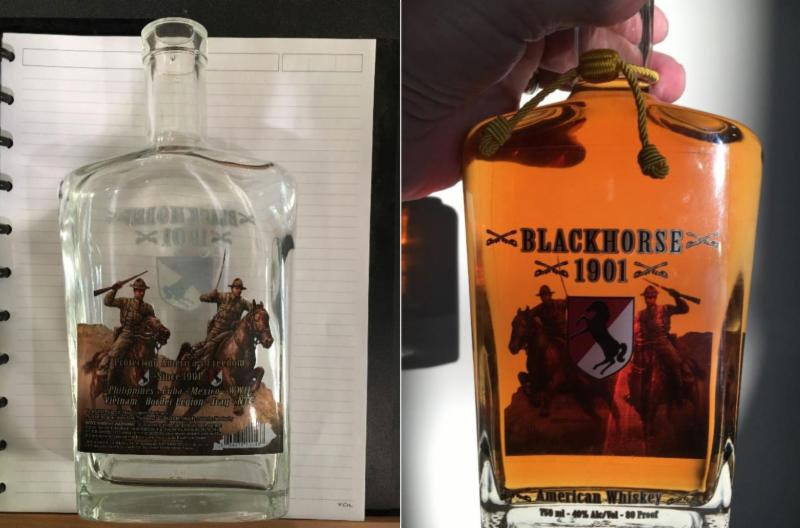 On page 13 of the document found at the link below, there is an article about a history project that features Point Alpha, which is the former OP Alpha. The article includes some old photos of 11th ACR troopers along the border. It’s well worth a visit.

opens in a new windowhttps://issuu.com/topteachgermany/docs/top_mgu_fall2017_issuu 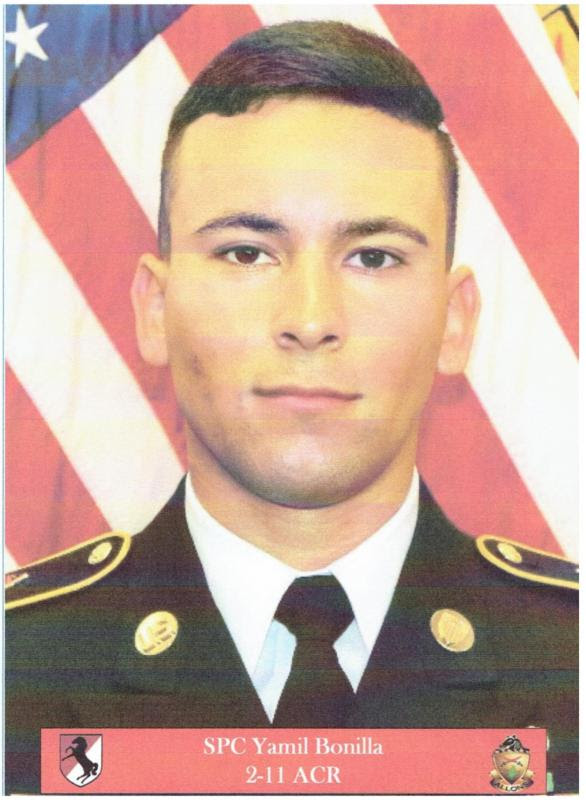 Corporal Yamil J. Bonilla was born on 18 February 1997 in Bayamon, Puerto Rico. At the age of 14, he moved to Independence, Kentucky and attended Simon Kenton High School, where he played baseball, ran track, and wrestled. At 16, he moved to Tampa, Florida and attended Armwood High School where he participated in JROTC. He enlisted in the U.S Army in March 2005 and completed Basic Combat Training at Fort Benning and AIT at Fort Jackson. He was then assigned to HHT, 2nd Squadron, 11th ACR at Fort Irwin, California. He is currently in the S-1 Section in charge of the promotions section, flags, and process actions. His short-term goals are to attend air assault school, get an associates degree, get promoted to sergeant, and attend airborne and ranger schools. His long-term goals are to get a bachelor’s degree, attend drill sergeant school, get married, have a family, and become a doctor.