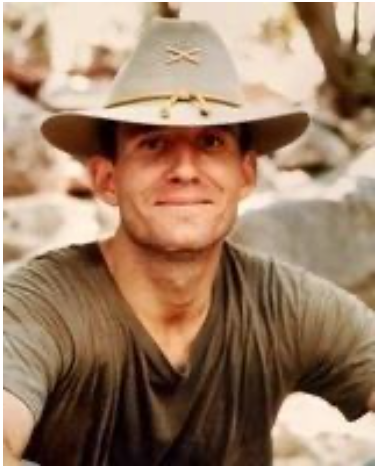 Glorn Ivan Sine. Herriman, Utah. LTC (Ret.) Glorn Ivan Sine used his Airborne wings for one last jump and left this mortal existence on October 29, 2021 after a short and unexpected bout of metastatic pancreatic cancer. He passed away at his home in Herriman, Utah surrounded by family including his sweet wife, Merilee Canon Sine.

Glorn was born on May 2, 1957 in Salt Lake City, Utah. He spent his formative years in the Salt Lake area and in Manhattan Beach, California. He graduated from East High School in Salt Lake City in 1975 and then served for two years as a missionary for the Church of Jesus Christ of Latter-day Saints in Edinburgh, Scotland.

After returning from his missionary service, he attended the University of Utah and graduated in 1983 with a bachelor’s degree in Political Science. He then went to Georgetown University from 1983-85 where he worked on a Russian Area Studies Master’s Degree and then later returned to earn a Master’s Degree in National Security Studies. He was commissioned a 2nd Lieutenant through the ROTC program at Georgetown and then was at the military intelligence basic course from 1985-86.

His first and probably most memorable duty assignment was from 1986-89 on the East- West German border during the Cold War in Bad Hersfeld, Germany with the 3rd Squadron (Workhorse) of the 11th ACR. He was initially an intelligence officer and later served as the 3/11th S2. He served under LTC Bob Hurt and later under LTC Clint Ancker.

Glorn was known as an extremely fit, often intense, and sometimes a total hoot of a young officer. There may be some former Workhorse members who are still traumatized by his Spur Ride station for enemy vehicle identification. The candidate was required to put a hand into a vat full of sausages and brown colored sauces with a rather distinct texture. There just might have been a wire from an old hand crank field phone also connected to the nasty concoction. Any missed answers led to a turn of the crank and a rather jolting experience.

Following his time with the Blackhorse, Glorn continued in active and reserve duty for a total of 29 years before retirement in 2014. His exemplary military service included tours in Saudi Arabia (Operation Desert Storm), Kuwait, Iraq (Iraq War; three tours), Afghanistan, and in the Pentagon where he survived the terrorist attacks of September 11, 2001.

Glorn is remembered by his loved ones as a devout husband, father, and friend; he was always ready with an analogy and an enveloping bear hug. His brilliant mind and deep love of learning were matched only by his charismatic warmth, his testimony of Christ’s Atonement, and his quick-witted sense of humor that saw him to the last of his days. He continued to joke and make light of his dire situation as he brought comfort to those with him right until the end of his earthly existence.

Glorn is survived by the love of his life, Merilee (Mel); their children Taylor, Ben, Annalee Muse (Joe), Isaac (Karli), Lark, and Mary Alice; and by five grandsons. He left behind his parents Barry and Sandra Sine (although his mother passed only days later); and siblings Michelle King (Lyman), Scott, Steven, and RaeAnn Bendtsen (Cory). He is predeceased by his biological father and namesake, Glorn Ivan Stens.

Family and friends are invited to attend Glorn’s Celebration of Life on December 21, 2021. At 12 p.m., there will be a Veterans Honors Ceremony at the Utah Veterans Memorial Park and Cemetery at 1711 S. Camp Williams Road, Bluffdale, Utah. Later at 6 pm the same day, there will be a Celebration of Life at the Church of Jesus Christ of Latter-day Saints chapel located at 5623 W. Mirabella Drive, Herriman, Utah.

Glorn was my S-2 when I was commander, 3/11 ACR from 1988-90. He was a true cavalryman, a superb S-2, a great solider, and a devoted patriot. His knowledge of Soviet tactics, and his ability to educate the squadron’s officers on it, contributed greatly to the professional development of every officer in the squadron. He set a standard for professionalism and selfless service that was a model for young officers.

A Thanksgiving Greeting from our Friends in Germany

As in the last year, this Thanksgiving is again marked by COVID-19, at least here in Germany.

We have been celebrating Thanksgiving in our clubhouse for many years. This year we cannot do that for the first time because of the corona lockdown. We only celebrate Thanksgiving with our family members. I hope you can do that too. Despite the corona pandemic, I wish you a happy Thanksgiving and stay healthy.

As always, we have much to do to hold the German-American friendship in Fulda alive.

Of course, we also think a lot about our friends in the US and do not want to miss wishing you and your families a great Thanksgiving 2021.

I wish you a Thanksgiving full of peace, love and joy.

We gather on this day to be grateful for what we have, for the family we love, the friends we cherish, and for the blessing that will come. Happy Thanksgiving!

Many greetings from Fulda.

Follow this link to view the archived AFN Today Show From Fulda Sickels Airfield Germany from 1987: https://www.youtube.com/watch?v=wbZUfLGp_go Many thanks to former 3/11 Trooper and Blackhorse Scholarship supporter Don Blanton (don43113@nullgmail.com) who provided this link. 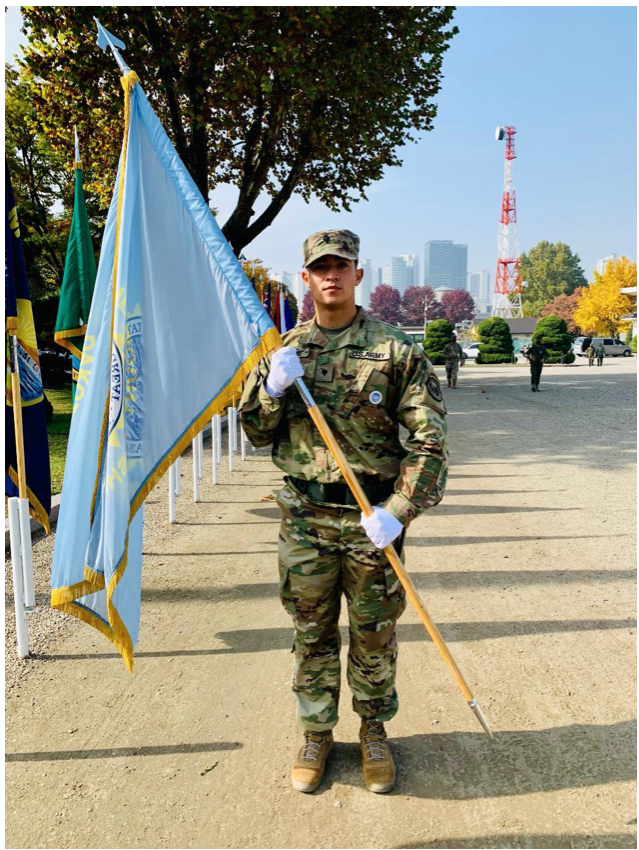 More on (and from) Marc Iroff

In the previous E-News, we had a note on Marc’s participation in the Veterans Day Parade in Pennsylvania. Marc has submitted some more photos. 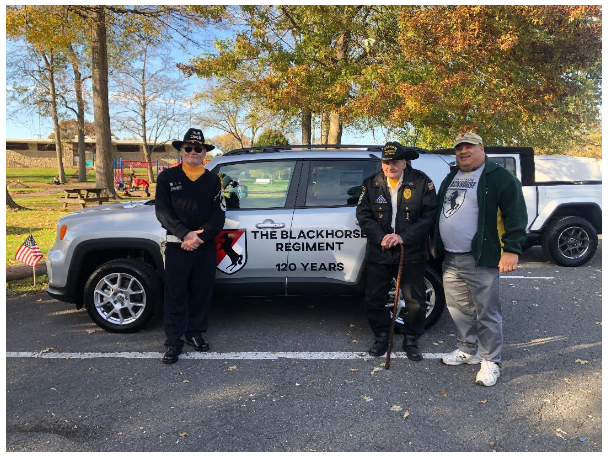 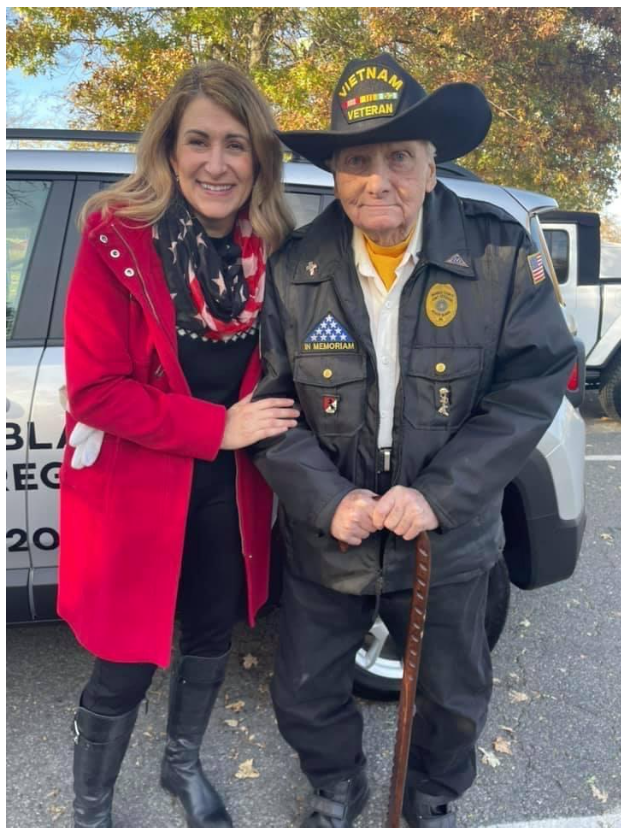 What wasn’t mentioned is that Marc is also the Chairman of the Board for the Armed Forces Heritage Museum in New Jersey. Follow this link to read his impressive biography: https://www.afhmus.org/leadership/marc-iroff/. Again, well done Marc! In addition to the parade, Marc also attended the 11th ACR wreath laying ceremony at the Vietnam Veterans Memorial on Veterans Day. Below are some of Marc’s photos from this event. Again, Marc (and all who participated in the event), well done on behalf of the Blackhorse Association. 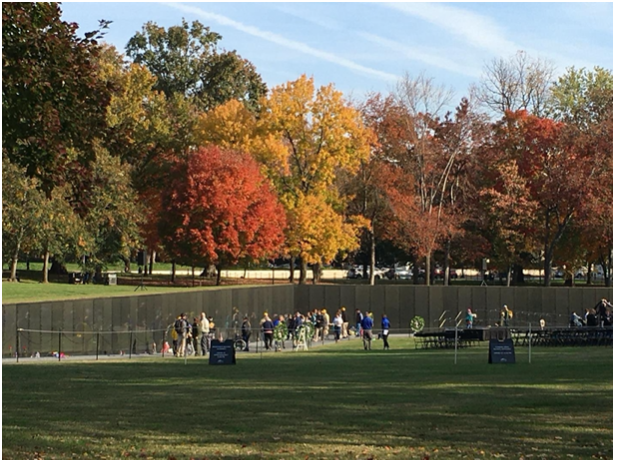 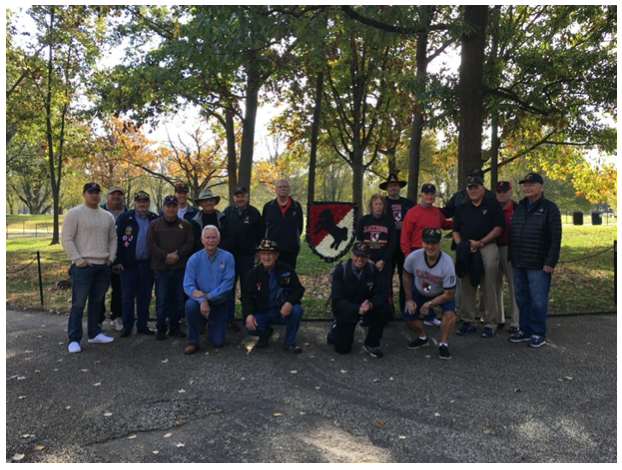 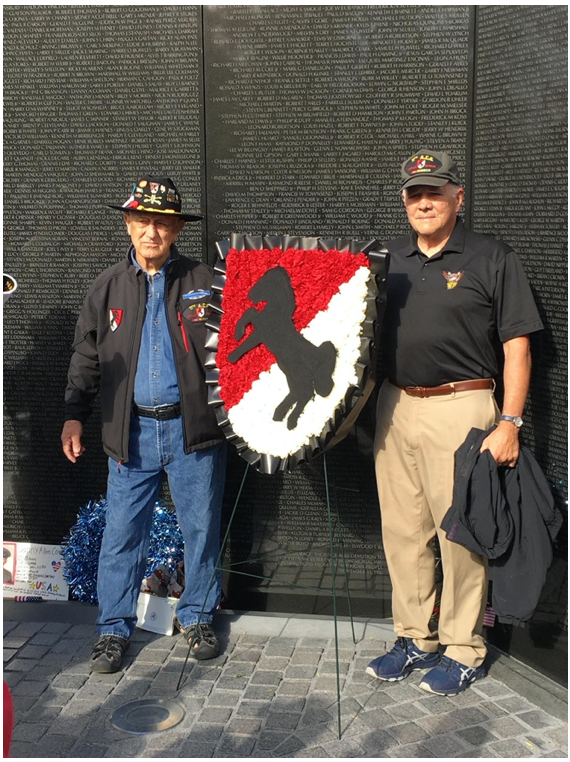 And if that wasn’t enough, the Armed Forces Heritage Museum, of which Marc is the Chairman, is “pleased and honored to be recognized by the New Jersey Governor’s Office for the Jefferson Award for Volunteerism in 2021. Kudos to our all-volunteer non- profit organization for this distinguished tribute to the great work we do to Preserve, Honor, and Educate the public on the history of the military in New Jersey and the surrounding region. Learn more about us at: www.afhmus.org. 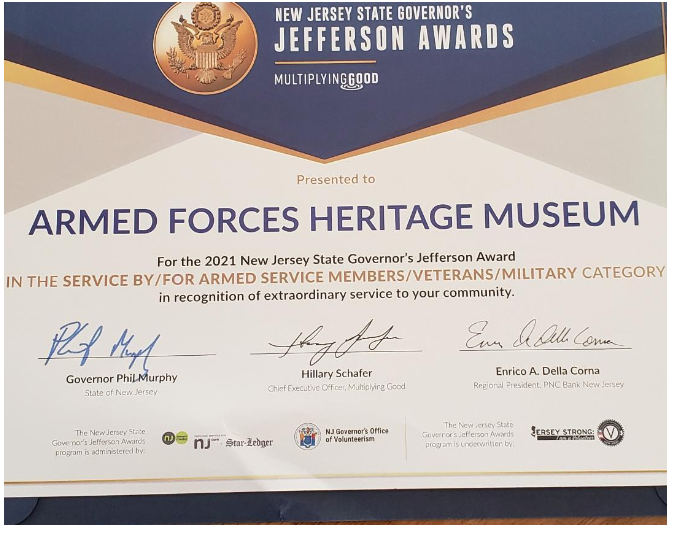 Honoring One of Our Own

The photos below are from the Veterans Day induction ceremony of SP4 Joe Thomas into the Oklahoma Military Hall of Fame, November 11, 2021. SP4 Thomas earned the Distinguished Service Cross while serving in the 11th ACR in Vietnam. The Blackhorse Associations thanks Mike and Tommy (and the unidentified trooper) for representing the Regiment and the Association at the ceremony. Also, thanks to Mike Lapolla for the photos and identifying the people in the pictures. 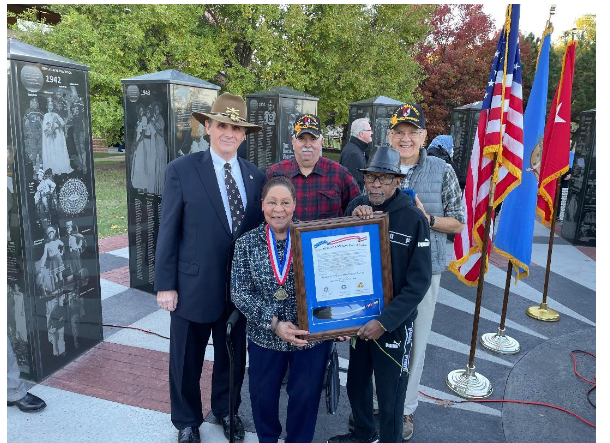 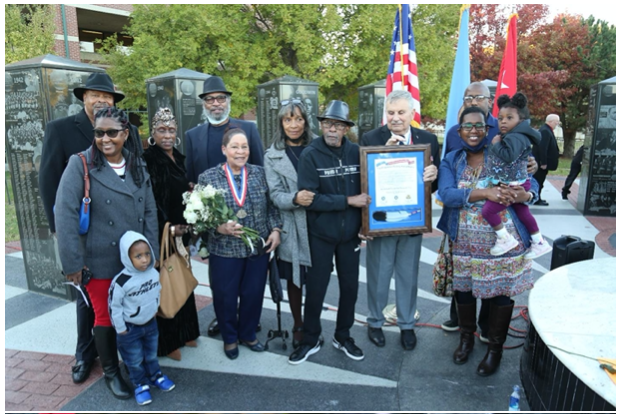 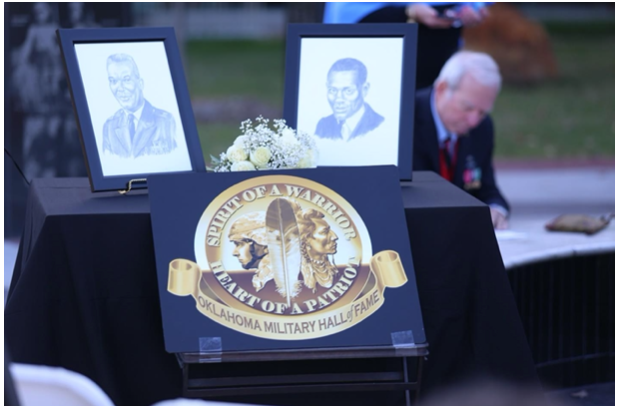 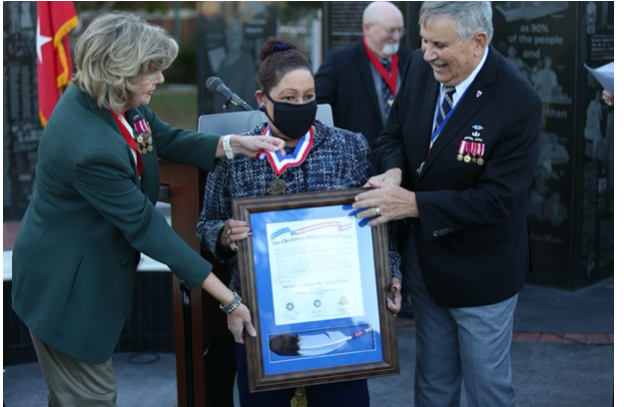