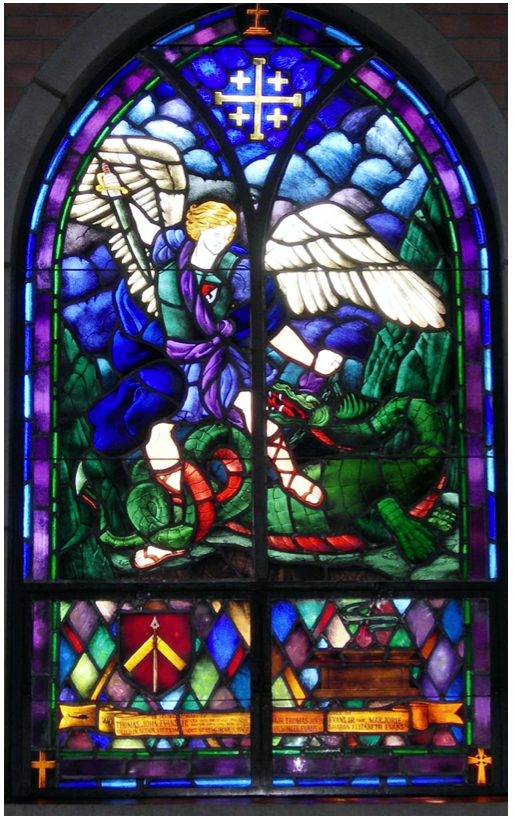 Not only does the powerful image of St. Michael feature the face-profile of Thomas John Evans, Jr., but the breastplate in the window carries the heraldry of the Blackhorse Regiment. 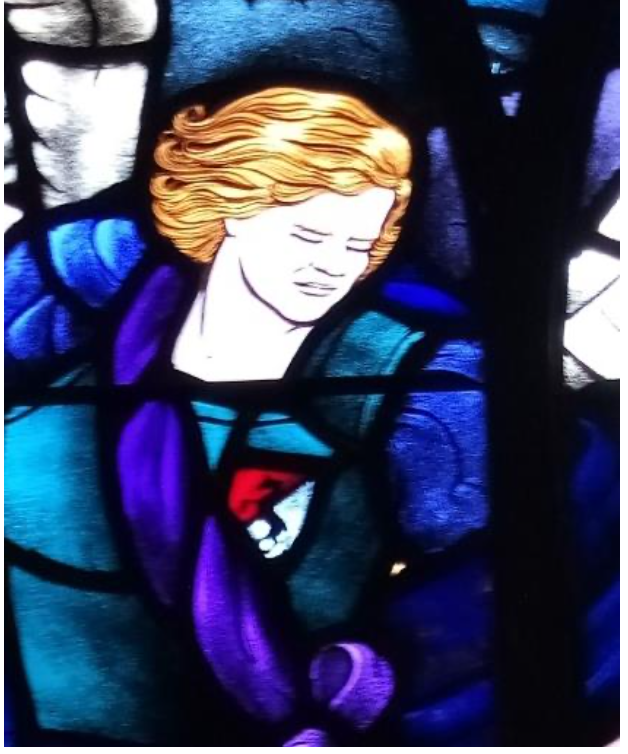 WO Evans’ decorations are listed on the memorial ribbon, in the lower left panel, following the image of a UH-1 (Huey) helicopter.

The right-hand lower panel features the altar of sacrifice symbolizing the sacrifice of a soldier who gave his life for his country. Below that altar, on the memorial ribbon on the right hand lower panel, are the names of the donors: his father, Major Thomas John Evans Sr.; his mother, Marjorie Holsinger Evans; and sister, Sharon Elizabeth Evans. 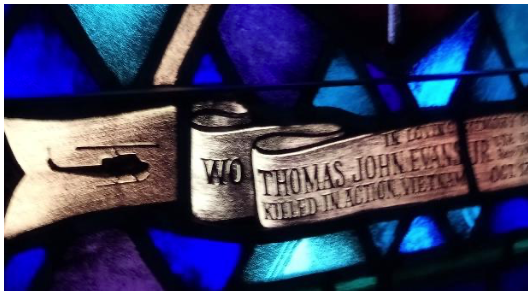 Across the aisle in the back of the church is a matching window dedicated to all the soldiers killed in action in defense of our country and the symbols of each of the services: Army, Navy, Marines, Coast Guard, and Air Force. That window depicts a Roman soldier (possibly referencing St. Longinus) laying down his shield to honor his fallen brothers. 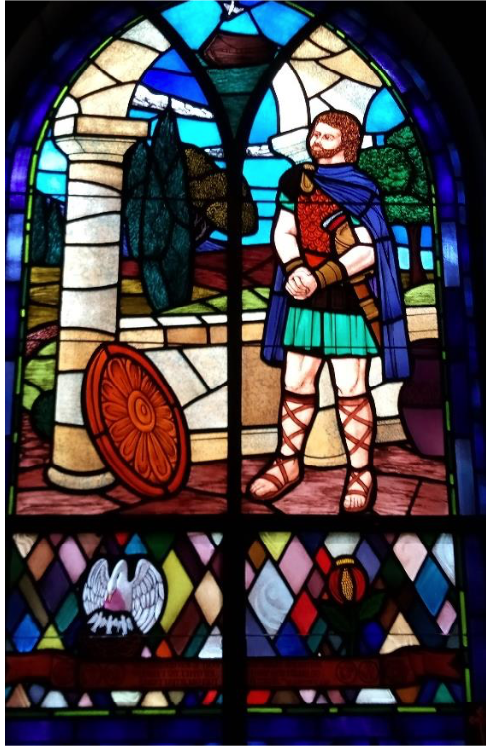 Needless to say, WO Thomas John Evans’ name is also inscribed on the 11th Armored Cavalry Regiment’s Memorial on the grounds of the Infantry Museum at Fort Benning in Columbus, Georgia. 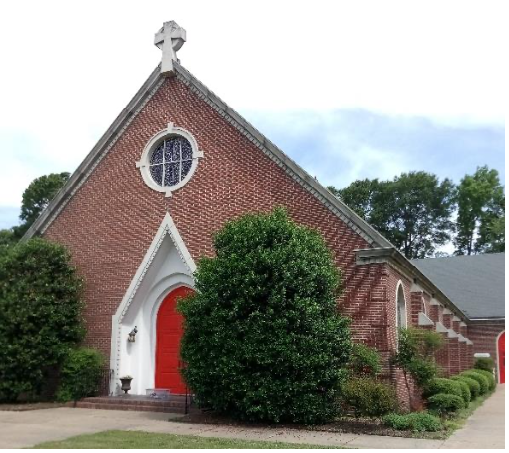