Charlie Carlson, Jr. was born on December 31, 1943 in Sanford, Florida and died peacefully on August 30, 2015 in Edgewater, Florida. He was buried with full military honors in Central Florida. Charlie was a life member of the Blackhorse Association, served in the Blackhorse in Vietnam from 1970 to 1971, and retired as a Command Sergeant Major with over 26 years of service. He became an author, film producer, and actor. He wrote several books, including Weird Florida and From Fort Mellon to Bagdad (about the chronological history of the 2nd ACR, in which his son served in 2003 in Iraq). He produced Ashley’s Shadow and acted in the same movie (still in production). He became known as “Florida’s Man in Black,” “Master of the Weird,” and a celebrity in Florida. He is survived by his son, Charlie Carlson, III, who served in the 2nd ACR from 2003 to 2004 in Bagdad, Iraq as a squad leader; his daughter Erika Carlson; and grandsons Charlie Carlson, IV (aspiring to follow in his grandfather’s entertainment industry footsteps in film animation and film production) and Andrew Carlson (aspiring to follow in his grandfather’s military footsteps).

John H. F. Holsen V, 66, of Mount Carmel, Illinois, passed away August 21, 2015 at his residence with his loving family by his side. John was born on November 16, 1948 in Princeton, Indiana, the son of Fredrick and Martha (Wolfe) Holsen. He married Trudy Dunlap on May 23, 1986 at the First Christian Church. They enjoyed their 29 years of marriage, spending time with family, and travelling. John proudly served his country in the United States Army where he served in the Vietnam War with the 11th Armored Cavalry Regiment, H Co. 2/11, 1967-1968. As hobbies, he enjoyed being outdoors, riding motorcycles, camping, and spending time with his grandchildren. John was a coal miner working ten years with 5 Star and twenty years with AMAX at the Keensburg mine. He was a member of the Veterans of Foreign Wars and was of Catholic faith. He is survived by his wife, Trudy Holsen of Mount Carmel; children, Kathleen (James Weber) Moon of Chicago, Illinois; Heather (Tim) Thacker of Mount Carmel; and Lucas Gher of Evansville, Indiana; and grandchildren, Vivian Weber, Jacob Thacker, Kody Thacker, Dylan Thacker, and Grace Thacker; and sister, Maureen Maxwell of Colorado. Per John’s wishes, he will be cremated and a private family Memorial Service will be held at a later date. To view John’s tribute wall and leave online condolences for the Holsen family, please visit opens in a new windowwww.KeepesFuneralHome.com. 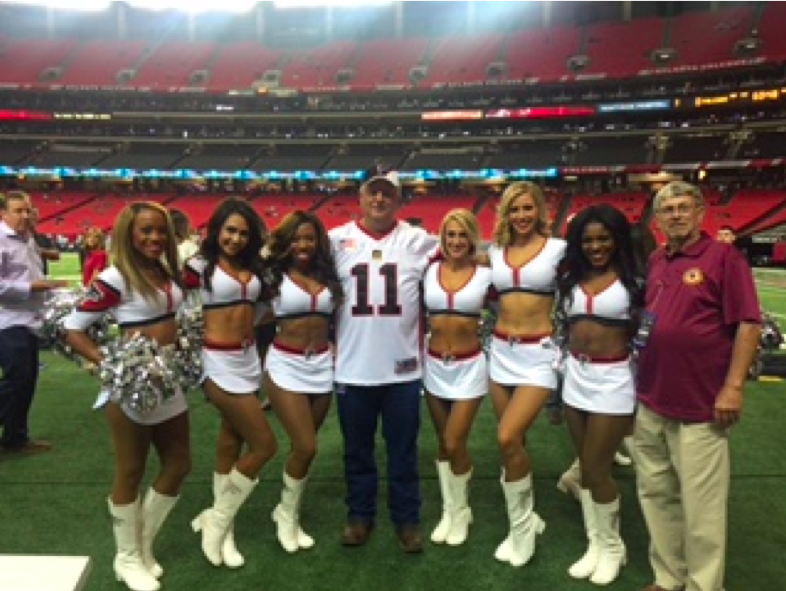 CSM (ret.) Sam Rhodes and FALCON Cheerleaders during Sam’s recognition for support of veterans in Georgia. 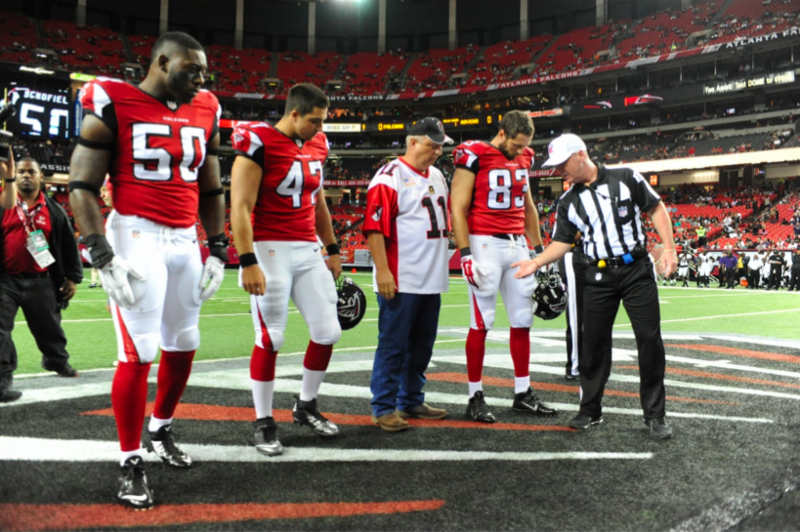 Sam Rhodes is the President and CEO of Warrior Outreach, Inc. The Warrior Outreach motto is “Partner to Help our Service members Past, Present and Future and their Families.” Warrior Outreach is a not-for-profit 501(c)3 charity. More information can be found at opens in a new windowhttp://www.warrioroutreach.org.
We had a note about CSM Rhodes’ great organization in a past E-News edition. One of our readers responded with a donation. See the note below:
“Read about the operation in the 11th Cav newsletter. I have a Yokum western saddle 15 ½ seat that I could donate for your program along with some miscellaneous tack. Let me know if that would help out.”
Robert C. McCue, P.E.
Consulting Engineer
MDCSystems®
37 N. Valley Road
3 Station Square
Suite 100 – MDC
Paoli, PA 19301
A big Blackhorse thank you to Bob McCue for his generous donation to a worthy cause.
___________________________________________________
A Picture of the New Home for our Regimental Memorial 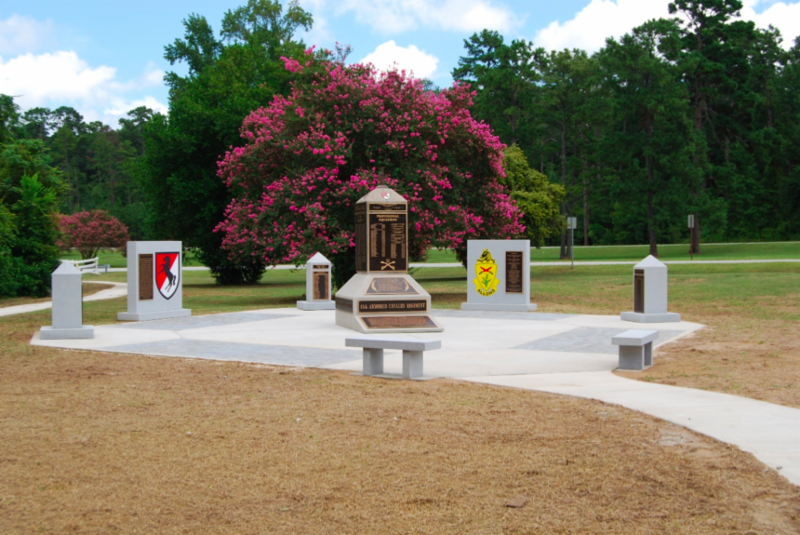 The 11th Armored Cavalry Regiment’s Blackhorse Association will hold its annual Blackhorse Family reunion in San Antonio, TX, June 16-19, 2016, as we celebrate the 100th Anniversary of the last US Cavalry horse-mounted charge in Mexico. The reunion is open to all past and present troopers who served with the Regiment, including anyone who served in the Regimental Community or any of the separate units that supported the Regiment.
We will be at the Drury Plaza Hotel Riverwalk, formerly the Alamo National Bank Building. Rooms have been set aside for reunion attendees at the negotiated rate of $125 per night. Included in the price of your room is Free Hot Breakfast; Drury “5:30 Kickback” with free hot food and drinks each evening from 5:30-7:00 pm; and in-room internet access. Parking at the Drury is valet-only and is $15 per night (Note: the website will show it as $21, however, our group rate is $15). Attendees are encouraged to make plans early. The cutoff for making hotel reservations at our negotiated rate is May 25. Reservations for the Drury can be made online; go to opens in a new windowwww.druryhotels.com and enter Group Number 2253104. Reservations may also be made by phoning 800-325-0720 and referring to the group number.
opens in a new windowClick here for more info and to register at BlackHorse.org