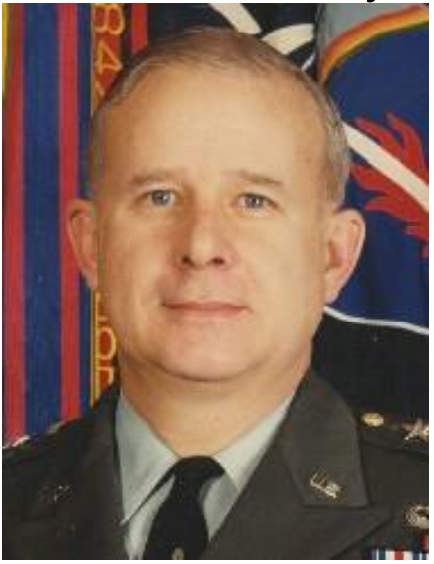 General Saint was born at West Point, New York on September 29, 1936. He graduated from the United States Military Academy in 1958, receiving his commission in Armor. He is the son of a career soldier, Lieutenant Colonel Frederick Saint, who commanded the 14th Engineer Regiment (PS), a combat engineer unit of the Philippine Scouts of the US Army, at Fort William McKinley, the Philippine Islands, in the early 1940s. His father perished while he was a prisoner of war of the Imperial Japanese Army following the surrender of the American forces on the Bataan peninsula in April 1942.

He served as a lieutenant on border duty with the 14th Armored Cavalry Regiment in Bad Hersfeld when the Berlin Wall was erected, and he was Commanding General of U.S. Army Europe when the wall fell.

General Saint’s military and civilian education includes the Armed Forces Staff College, Army War College, and a Master of Arts degree in International Relations from American University. After retiring from the military, Saint established a consulting firm specializing in foreign relations and national security issues. He also served on the Army Science Board; as Vice President, Europe for Military Professional Resources; on the advisory board at one time for the Jewish Institute for National Security Affairs; and on the Board of Directors for DRS Technologies. He previously served as Chairman for the Vice President’s National Performance Review on Intelligence Support to the Ground Forces.