To the Blackhorse family:

Our thoughts and prayers are with John Sherman Crow, 49th Colonel and Past President of the Blackhorse Association. Many of you have had the pleasure of getting to know his wife Frances, a truly remarkable lady, at one of our recent reunions. The BHRCM Blackhorse buddies called her the "Cajun Queen". Frances was a generous donor to the Allons Club scholarship fund.

Frances Gibbens Jones-Crow, 80, a native and life-long resident of Thibodaux, passed away on January 12, 2014, after her valiant four year battle with cancer. With her unwavering faith, her positive attitude, and her absolute joy of life, she continued without complaint, even through her illness, to smile, laugh and enjoy the company of friends and family.

Frances was born on June 8, 1933, to Dub and Mildred Gibbens, the oldest of six children. She was baptized in St. Joseph Church in Thibodaux and remained a member of St. Joseph Parish all of her life. Frances attended Mt. Carmel Academy where the sisters played a crucial part in her faith foundation. During her many years of marriage and motherhood, she managed to find time to read, sew, travel, play golf and tennis, play bridge, own and run a small gift shop, and most importantly, provide loving care for her husband and seven children. She was a charter member of the Hermanas Club in Thibodaux, where she made life-long friendships and still looked forward to the monthly socials even up until her passing.

Frances was an adventurer and over the years she traveled to countries across the world, reveling in meeting new people, experiencing other cultures, and learning about life from them. None of the places she visited, however, were as special to her as her camp in Grand Isle where she felt totally at peace fishing in the surf, walking along the beach, and relaxing on the porch with her family and friends. She was known throughout Grand Isle as an incredible fisherman and was sought out by many for her knowledge of the sport.

Frances will be sadly missed by all of the people whose lives she has touched over the years. Her sincerity, humility, joyfulness, and passion for life are what will keep her memory alive for all who knew and loved her.

In lieu of flowers, donations may be made to The Blackhorse Association at opens in a new windowwww.blackhorse.org, or to the charity of your choice in Frances’ name. 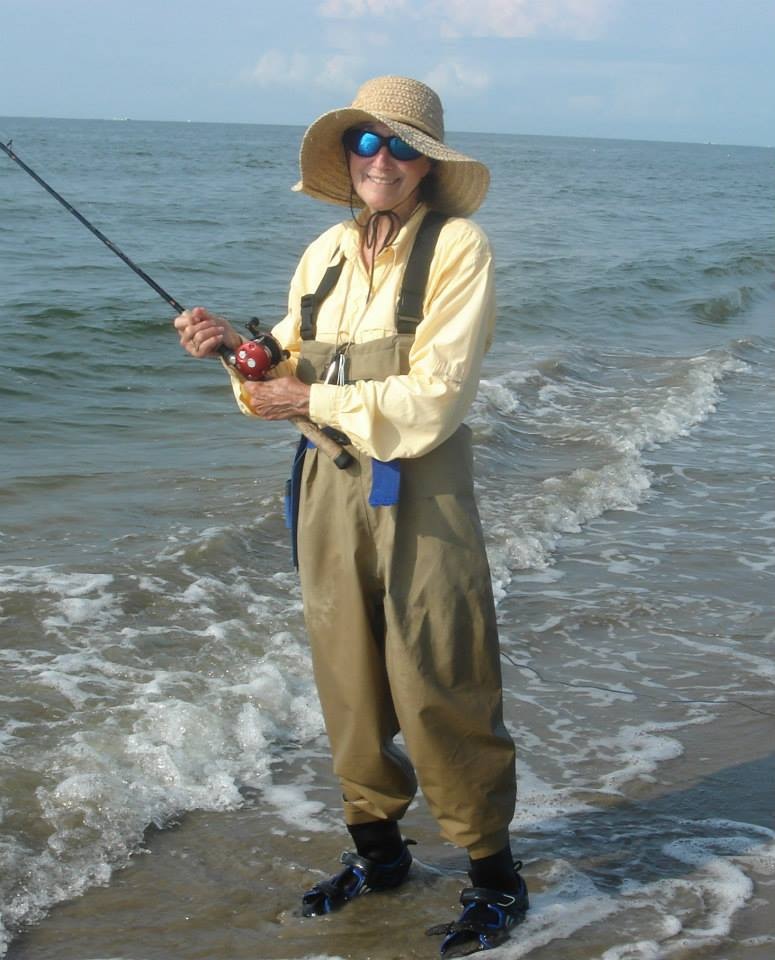