Skip to content
A Fitting Send-Off for a Blackhorse Veteran. 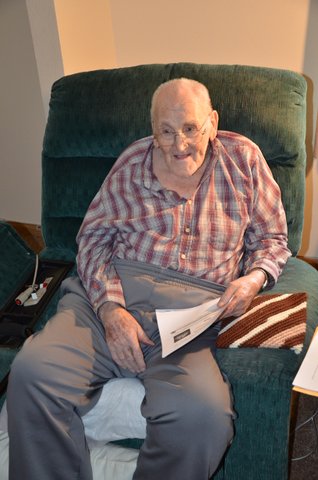 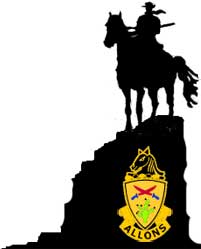 transferred to a horse-drawn caisson by the 11th US Calvary Regiment Honor Guard. Andy traveled by caisson to his final resting place after a memorable tribute was paid to him. The Shasta County Search and Rescue squad provided a riderless horse with boots facing to the rear. Several of Andy’s care givers also paid tribute as did 19 Patriot Guard Riders. After the service, the Blackhorse Association provided lunch.

Thank you, from all of us that attended the Service. I had people tell me it was the very best military service they have ever been to. And a very special thank you and appreciation from "me" for your meritorious service of the coordination and execution of the home-going ceremony. God Bless 1SG Andy Andreasen. May you Rest in Peace with all the honor you deserve – from the 11th Armored Cavalry. Thank you for your Service. Amen!

In addition to Ken’s sincere thanks, the Association received the following two messages.

Blackhorse Family,
A heartfelt thank you on behalf of the Troopers that performed the honors for 1SG Andy. They not only had the great honor of being part of the tribute to a great Man, Blackhorse Trooper & American, but they were able to directly connect with their Blackhorse history. Thank you to all the Blackhorse Veterans that attended who shared their stories, photos & experiences with the Troopers. The Troopers spent the entire ride back (12 hours) comparing the stories & experiences that were shared with them. They all look forward to the next opportunity to talk/spend time with their "Big Brothers" as they affectionately referred to you all. Please know that you are welcome to visit us anytime because this is our house and you’re always welcome to come back home!

Gentlemen,
My thanks to all of you for supporting the Regiment in doing what was right for one of our own.

I have attempted to continue where the 64th left off in regards to keeping our Troopers tied to our distinguished history. 1SG "Andy" Andreasen was one of the key players in that history and it was our Soldiers’ honor to stand with you as we paid the proper respects to 1SG.

Thanks again for what all of you do daily to uphold the traditions of our proud Regiment.

At the time of his passing, Andy Andreasen was believed to be the oldest veteran of the 11th Cavalry Regiment. His passing marks the end of an era and it was fitting that both the Blackhorse Association and the 11th Armored Cavalry Regiment participated in, and supported, his burial. The continued strength of the Regiment is built not only on its current accomplishments in support of our nation’s defense, but also the close ties that it has with its past veterans. Events such as this serve to strengthen the bonds between those currently serving and those who have served in the past. A Blackhorse "well done" to all who helped in sending Andy off in true Blackhorse style. 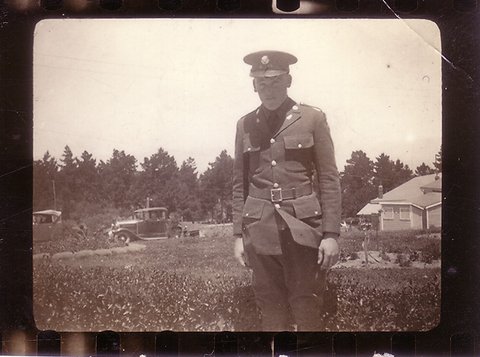