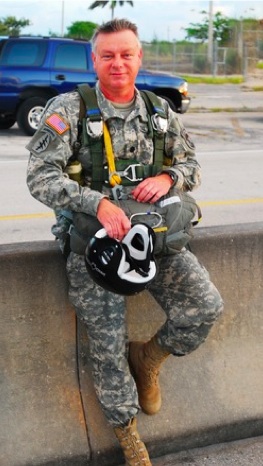 Kelley Allen Hodge, age 50, of North Carolina died August 19, 2014. He was a native of Kentucky and was retired from United States Army.

Kelly served in the Regiment in Fulda, Germany from 1987 – 1990, in C Troop as a Cavalry Platoon Leader and a Tank Platoon Leader, in HHT as the XO, and as the Squadron Border Officer. He retired as a LTC after serving many years in Special Ops.

Funeral service will be 12 noon on Tuesday August 26, 2014. Burial will be 2:00PM Tuesday at opens in a new windowMiddle Tennessee State Veteran Cemetery in Nashville, Tennessee, with Military Honors. Visitation will be 10AM until service time Tuesday at Woodfin Memorial Chapel, Murfreesboro, TN.

For more details, please visit opens in a new windowwww.woodfinchapel.com