He was born in Los Angeles, California to George and Helen Hawk, and he was preceded in death by his wife Lieselotte, daughter Susie, and brother David.

While serving with the 35th Tank Battalion 4th Armored Division, he met the love of his life Lieselotte Harig – the Honey Bunny as he called her.
They married in Erlangen, Germany on May 5, 1959. He is survived by daughter Heide; son-in-law Don, whom he called “The golf nut!”; granddaughter Andrea and her husband Kevin; granddaughter Jackie; grandson Daniel; sister Judy; nieces Petra and Alexandra; great-nephew Michael; and three great-grandchildren, Paisley, Meyer and Nikolai.

He served in many Tank Battalions (57th, 37th, 35th, 34th, 67th, 70th, 32nd) and Cavalry Squadrons in the 10th, 7th, 11th, and 14th Cavalry Regiments. He served in the 2nd Battle Group, 8th Infantry, and 1st Infantry Regiment. He also served in the 2nd, 4th, 5th, 6th, 7th, 8th and 24th Infantry Divisions and the 2nd and 4th Armored Divisions. In Vietnam, he served in A Company, 3rd Infantry, 199th Infantry Brigade and proudly served as a Platoon Sergeant in H Company, 2nd Squadron, 11th Armored Cavalry Regiment (the Legendary Blackhorse Regiment) in the Vietnam War in 1967. He was a Life Member of the 11th ACVVC.

God blessed him all his life and watched over him in peace and war. Rest in peace Sergeant Major.

Below is a link to a great article about the town of Peoria, Illinois honoring Hal Fritz for his Medal of Honor. Well worth a read. 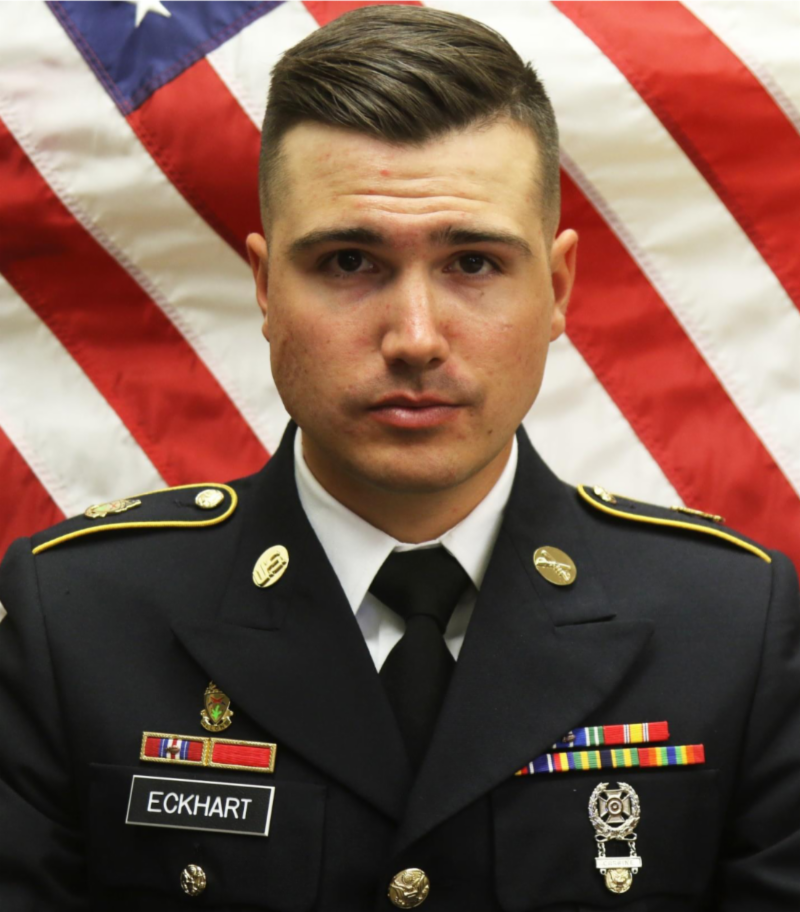 Sergeant Eckhart serves as a 19D2O, Dismounted Scout Team Leader in Headquarters, Headquarters Troop, 2nd Squadron, 11th Armored Cavalry Regiment. SGT Eckhart has served in the Army for 3 years and has held numerous positions within the Scout Platoon, including a dismount, a driver, a .50 caliber machine gunner, and currently, a dismount team leader in his platoon sergeant’s section. SGT Eckharthas taken part in 25 training rotations to help enable US Army brigade combat teams to better fight and win against any opponent, anywhere in the world. SGT Eckhart is Combat Life Saver qualified, and graduated Basic Leader’s Course with honors. He is a native of Vancouver, Washington and currently single with no children. SGT Eckhart is pursuing a bachelor’s degree in criminal justice. His short-term goals are to attend and complete both Ranger School and the Reconnaissance and Surveillance Leader’s Course. Sergeant Eckhart’s long-term goals are to become a command sergeant major and retire from the Army.

Any Blackhorse veteran who wishes to help in any way, such as in a meet & greet or caravan part or all the trip, please contact me via private message and I will add you to the list. Note: I will need your cell number that will be released to the travel party. I will also add information to this posting as it changes with updates.

I am posting the travel plans for the Blackhorse Last Ride, which starts in the Denver Colorado area and ends at the half-way point in Key West, Florida.
Effective March 5, Christian “Maverick” Redman will prepare to begin this 2500-mile journey to visit key Blackhorse friends who are in the following regional areas:

Anyone wanting to come to bike week and continue to Key West, we will need to set up accommodations in Homestead Air Reserve Base (south of Miami & approximately 150 miles north of Key West) & Naval Air Station Key West.

Please read this notice, pass it on to other boards, and have folks contact me for more information. 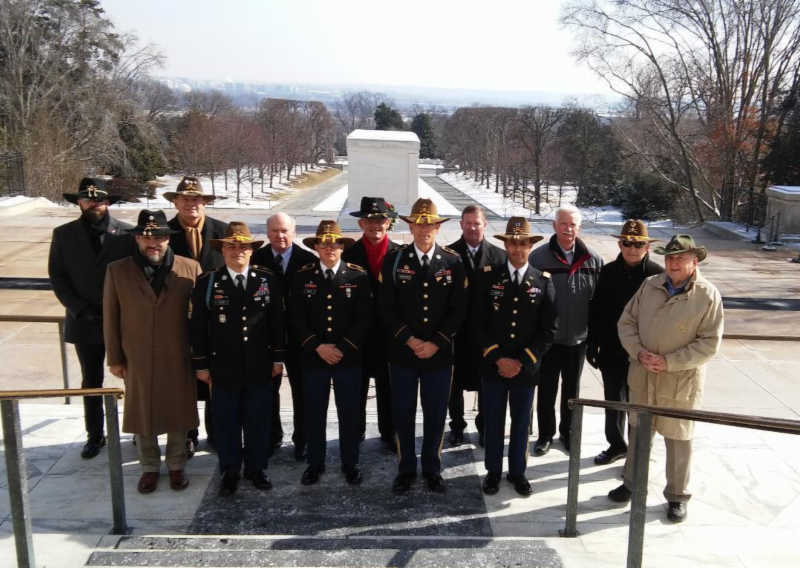 A Note from a Sister Regiment
Several of our members also served in the 14th ACR before it was reflagged as the 11th ACR in Germany in the early 1970s. The following note is about the 14th Cavalry Association.

Dear Fellow Trooper:
Read about-and see many photos-of our recent Regimental Reunion and the dedications of the 14th Cavalry Regiment Gallery at the Armor School and the Regimental Memorial Monument at nearby Pattons’ Park. opens in a new windowIt’s all in the latest issue of CHARGE!- found here. More photos can be found here.opens PDF file
Plus note that our 2019 reunion is scheduled for September 25-27 in Ft. Reno, Okla., new home of the U.S. Cavalry Association and the 2019 National Cavalry Competition during those dates. More information will be in the March newsletter.
Also, read the latest “Commanders’ Hatch” and SITREPs of both the 1st and 2nd Squadrons. The 2nd just returned from the Joint Readiness Training Center in Ft. Polk.
SUIVEZ MOI
Max Whipps, Secretary